Before I head to class (Japanese! はじめまして, bitches!), I'd like to alert you to a severe blow to the Knicks' preseason depth chart. From The Daily News: (via SLAM):

Poor Eddy Curry. He sat on the giant blue physio-ball during a break from Monday’s practice and the ball exploded. Eddy fell and scraped and his wrist but should be okay. The ball, which is used for stretching exercises, was pronounced dead at the scene.

This is a tragedy. Ball, 2'6'' and 25 lbs., was a candidate, albeit a longshot, for the center position in Mike D'Antoni's starting lineup. A training camp signee, Ball was embraced by D'Antoni for his tireless motor and springy athleticism. My condolences go out to Ball and his family (seen below). 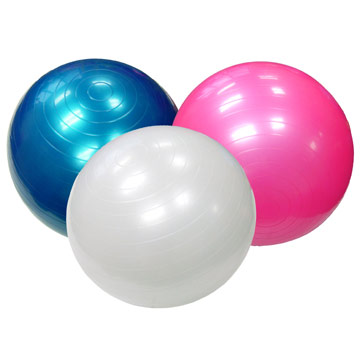 Not to point any fingers, but if Curry thought that wasting one of his competitors for the center spot is going to assure him a starting role, he's sorely mistaken. Word has it Foam Roller came to camp with 15 pounds of added muscle and his sights set on the starting five. Watch yourself, Eddy.