Share All sharing options for: Gallinari May Need Surgery 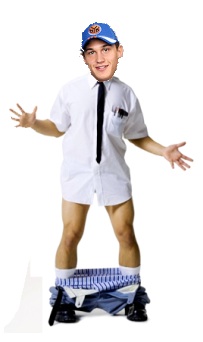 We were all expecting it to be a gradual learning process for Danilo Gallinari, but its sounding more and more like we won't be seeing very much of Il Gallo at all this year. From the Times:

"His back just flared up again," Coach Mike D'Antoni said. "He was making progress, and then one morning he said he couldn’t put his pants on."

Test results were not immediately available. Team officials are hopeful that Gallinari can avoid surgery, but they cannot rule it out.

And so it is. Given that we're not exactly expecting a playoff appearance from these Knicks, Gallinari's absence isn't the end of the world. The draft doubters, though, will surely be shaking their chubby little fingers at the news. Gallinari's fragile, he's not NBA-ready, he's a bust, whatever. I say we all knew it was a long-term move, and while I don't wish season-killing injuries on anybody, I think we'll live. I was excited to see Gallo play, but his health comes first.