Share All sharing options for: Game Thread: Knicks vs. Mavericks- 11/16/08 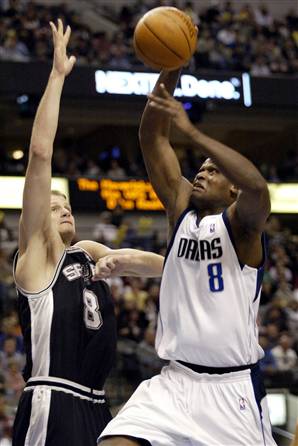 Good afternoon, everybody. Hope everyone's had a good weekend and that those of you who caught the Knicks-Thunder matchup enjoyed the game and Mase's recap. I know I did. Tonight, the Knicks face a more enigmatic foe: the Dallas Mavericks. The Mavs regularly own New York and have long been among the NBA's elite, but have fallen on hard times, managing only a 2-7 record while their old friend Devin Harris tears it up in New Jersey. It still feels weird to say this, but much like the Spurs loss, this is going to be a trap game for our Knicks. Dirk Nowitzki is a hell of a matchup for the Knick frontline, and Jason Kidd is one of the first true point guards the backcourt's had to face. Regardless of record, the Knicks are expected to drop this game (check out the ESPN preview). A win tonight might garner some respect for a team that most believe to be in the midst of an ephemeral autumn honeymoon on their way to another losing season (do I believe that? I still have no idea). The good news is that the Mavs currently give up 99.4 points a game, which is supposed to be an advantage for D'Antoni's squad, which is unbeaten when hitting the century mark. Jamal Crawford's historically been off his game against Dallas, but needs to lead the charge tonight to help get a win.

So it'll be the Knicks' burden tonight to defend their homecourt and step it up against a team that's more dangerous than the numbers might tell you. I'm back in action for the recap (quit groaning) and this here's your game thread for discussion and emotion. Tipoff's at 6. Get them W's.

For the Mavs side of the tale, stop by Mavs Moneyball, where this game is regarded as just about a must-win.