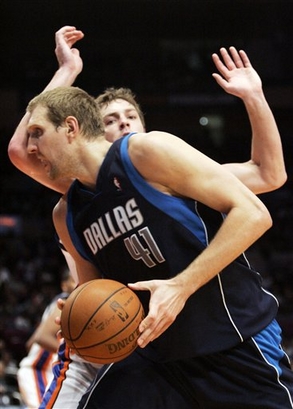 I don't think I could ever be a sportswriter. Games like this sting pretty badly, and it's tough to be objective in the face of such heartbreak. That said, this was an exciting game, so let's recap the events.

- First of all, I'd like to introduce all of you to the only therapy I know for nights like this. It's simple and a little childish, but I guarantee that 15 minutes of this will make you feel a little bit better.

- The Knicks got off to an astoundingly hot start. If I remember correctly, they had 20 points halfway through the first quarter, and both Crawford and Randolph came out firing and hitting.Crawford fell of dramatically (more on that later), but Z-Bo stayed hot all night. He had a double-double in the first half, and finished with 27 and 18.

- David Lee, Chris Duhon, and Quentin Richardson each get a tip of the hat for their hard work and efficient numbers. Lee got his rebounds and shots around the basket, Duhon picked his shots well and got 12 dimes, and Richardson came alive for a couple big threes and an acrobatic, Kobe-esque dunk in the third quarter.

- The Knick defense works best when they're jumping passing lanes, doubling hard, and triggering fast breaks in the other direction. Whether it was tired legs or a lack of effort, this simply wasn't happening. The Mavs only turned it over 9 times, and the Knicks had 3 team steals compared to 11 for Dallas (4 each for Kidd and Terry).

- Posting and Toasting has a rollercoaster relationship with Mr. Jamal Crawford, and tonight was the part of the coaster where your harness comes off and you plummet hundreds of feet to a grisly death. Jamal started very well, and then put up an absolutely ghastly performance on the offense. He was 5-19 from the field, and single-handledly stifled the offense on occasions. Craw would either take step-back fadeaways or awkward runners in the key, both of which got blocked or otherwise altered quite a bit.

- I must say that it's pretty cool to see opposing coaches forced into adjusting to D'Antoni's lineup. Erick Dampier, for instance, started the game, but played only 4 minutes, due to his inability to chase Zach Randolph out on the perimeter. On the other hand, watching Paul Mooney James Singleton drop 12 and 10 off the bench wasn't exactly a treat. 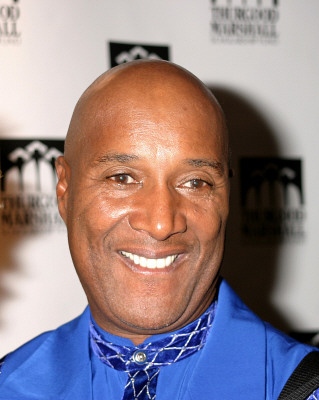 One of these guys had a career night.

- My notes are pretty negative, but it'd be wrong not to mention that the Knicks lead this one most of the way and were clicking on offense throughout. The aforementioned contributions from Duhon, Lee, and Randolph made for lots of fine passing and easy baskets, and the lead grew to double digits in the first half. With under two minutes left in the game, they were up seven, but everything seemed primed for a collapse. Sure enough, the offense caved, the defense cowered, and the Mavs had it tied with under 30 seconds left. The last possession alone took about 4 days off my life. The shot clock was run down, Richardson missed a short hook shot and then rebounded his own miss with 9 seconds remaining. At this point, he faced a fork in the road. He could pull it out and call a timeout or wind the clock down for the last shot...or he could attack. Q took the second fork, and it wasn't a bad shot. His layup rimmed out, though, and after a flurry of failed tips by Randolph and Lee, the Mavs gained possession (only to miss on the other end, but whatever). In overtime, the tired Knicks predictably collapsed and managed only 2 points en route to a double-digit loss. It sucked.

- I support Mike D'Antoni and Donnie Walsh, and I've come to terms with the Marbury situation, but I will say the following: the decision to bench Marbury comes with the surrender of at least a few games like this one. When both teams are tired and the game is tight, teams go to their wily veterans who have the brains and the balls to create one-on-one under the defense's greatest pressure. Nowitzki and Kidd did this for Dallas, and Steph would be that guy for us. He's always been the one to lower his head and bull a path to the basket in crunch time, and there just isn't somebody in this rotation with that ability to overcome a focused fourth quarter defense.

- Brandon Jacobs and his baby son were courtside, as they often are. In reference to today's win over the Ravens, Al Trautwig asked Jacobs, "what's it like to be tackled by Ray Lewis?", to which Brandon confidently replied, "I don't know. I don't think he tackled me". So Al changed up his game and asked, "then what does it feel like to run by Ray Lewis?", to which we got the instantly classic response, "Oh, that feel good."

- At one point in the second half, Jason Terry drove to the basket and had a surprisingly open lane to the rim. Mike Breen remarked that Terry thought the Knicks "were going to come on him". Either Breen knows something very dark about Terry, or he's kicking himself over that slip of the tongue.

That's all I've got from a real gut punch of a game. In case this recap stirred up the pain within you, let me once more recommend this to soothe your ills. Next game's Tuesday in Boston. Yikes.