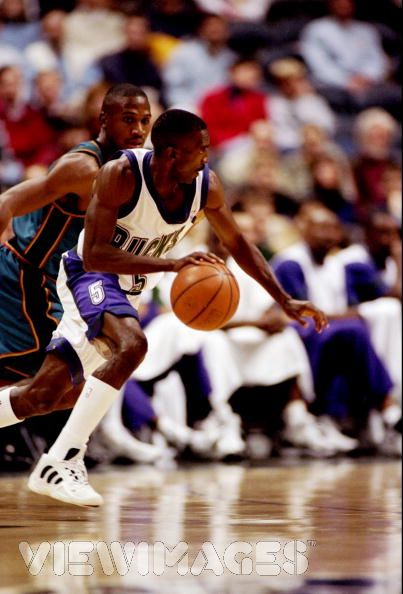 Well, friends, the floor just fell out from under the 2008-2009 New York Knicks. They showed some promise, but "some promise" ain't Donnie Walsh's business. No, we've got bigger plans. Such plans call for patience, though, and patience begins tonight. The Knicks will face the Bucks with a sparse lineup that wouldn't even be helped that much by the incoming players. Writing a game thread now feels a little like Drew Carey introducing Whose Line Is It Anyway?-  "Welcome to the New York Knicks: The team where half the players are guests and the points don't count!" Going into night one of limbo, I've got some questions:

- Stephon Marbury has been activated, meaning the Knicks have 9 healthy bodies for tonight's game. Will Steph play? On a scale from "1" to "Glen Rice's entire New York tenure", how awkward might that be?

- Who starts? Lee will surely step in for Randolph, but who gets Crawford's spot? Does Quentin Richardson slide down? Does Marbury, of all people, start? I bet Robinson gets the go at 2, but look for Anthony Roberson to get actual minutes.

- Dammit, I wish Danilo Gallinari was healthy right now. Can someone set Il Gallo up with a back transplant? I'll give him mine, I swear.

Last time the Knicks played the Bucks, Andrew Bogut and Charlie Villanueva beasted all over the undersized frontline. The frontcourt just got even more undersizeder, so get psyched for more beatdowns to come. The rest of this season's going to be an offensive lovefest with little defense to be seen. The Wait begins tonight.

Upon attempting to finish this post, I realized we may have to retire my signature game thread phrase. Zach Randolph was the inventor of "Get them W's", and it doesn't feel right to use it without him. Thoughts on a new line to punctuate my threads?

Tipoff's at 8:30. Check out Brew Hoop for all your Milwaukee coverage of tonight's matchup.