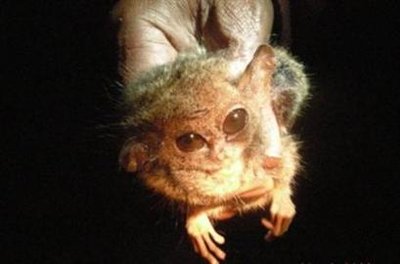 The internets be chattering about the Knicks right now. They're coming off a couple big trades this weekend, and the Cavaliers come to New York tomorrow. It's always big news when Jawad Williams is in town. Anyway, let's peruse a few links regarding the recent news...

- DLIC fancies Walsh/D'Antoni as a twisted sort of change we can believe in. Skeets addressed this in today's TBJ too, and I understand why people aren't pleased. It's ugly to hear discussion of the year 2010 when that's over a year and a half away, and there are two NBA champions to be crowned between now and that fateful summer. It's also a little sick that, just as D'Antoni was starting to click with Randolph, Crawford, and the rest of the squad, things got torn apart. Both sentiments hit home. First of all, I won't be dwelling on 2010 in these parts. Sure, when the Knicks get blown out by the Bucks, I'll probably recite that very notion to keep myself sane, but I don't plan on speculation and premature examination of Bron, Bosh, Wade, etc. They aren't Knicks. The media will continue to pelt us with loose talk, but there are 150 odd games to play in the meantime, and it'd be best to stay on top of those. Wouldn't you rather the players be doing the same?

Now, as for the weird, silly, and oddly succesful Knicks squad that was dismantled Friday night, it's a shame to see it dissipate. Regarding the NBA as a whole, I tend to favor such oddball pairings as D'Antoni-Randolph, especially when they're just crazy enough to work. When it comes to the Knicks, though, my sense of humor has dwindled a bit. It's been about a decade of tragic but hilarious basketball in New York, and now I feel it's time to do some winning. If it means snuffing a 7-6 team that featured Zach Randolph in a run-and-gun offense, so be it. I'm not saying it doesn't sting, but I'm ready for the Knicks to matter again.

- Tommy Dee says not so fast to those of us already descending into the tank mindset. Al Harrington's ready to contribute off the screen-and-roll, Cuttino Mobley's drastically improves the backcourt D, and Tim Thomas has already proven to be clutch in D'Antoniball. So says Dee. I love the positivity.

- From the LA Times (also via TKB), word that Donnie Walsh pushed hard for Marcus Camby, which is reassuring. He gave in when the Clips wouldn't budge, but at least he's got our best interests in mind (and by that I mean somebody, anybody, who has to shop at Big & Tall).

- From Frank Isola's blog, a little hint to a potential starting lineup on Tuesday:

As of right now, Harrington will move into the starting lineup along side David Lee while Wilson Chandler will be used as a back-up.

Don't know where that came from, but D'Antoni's really going to bump Chandler for a newcomer that quickly? I don't buy it. The Cali-NY time difference and some loose paperwork may prevent Mobley and Thomas from suiting up, but it's doubtful. We should see all our Knicks.

- The pygmy tarsier is a little furby-looking thing they just found in Indonesia. Check it out.

- I interrupted writing this post to go to two classes, get something to eat, and um....buy tickets to tomorrow night's game. So who said they were going?

That's it for now. I'll be traveling tomorrow, but I'll get the thread up and have your recap of the LIVE Garden action later on. Peace.