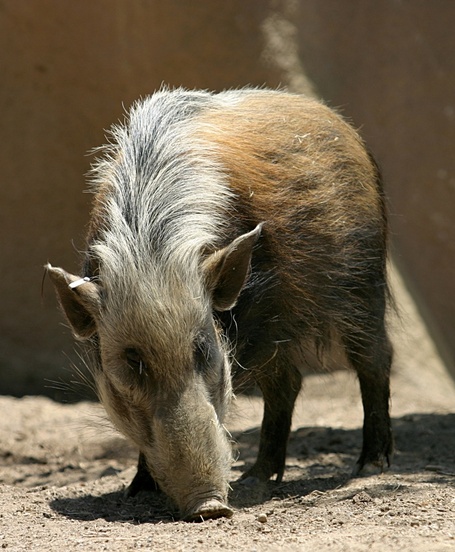 Happy Wednesday, friendsdays. Hope everyone voted yesterday and didn't blow a blood vessel over the results (in delight or despair). I've got some heavy flu-like symptoms, but let's soldier through a few links and topics of the day.

- Anybody else tired of hearing about Stephon Marbury? Quickly, the most recent news is that we're gonna let him ride the bench in a suit for the rest of the year, unless the NBPA can help organize a solution. Either way, I don't expect we'll see Marbury again. Unless the entire backcourt gets decimated by injury and we're forced to play him. That'd be awkward.

- Via The Knicks Blog, a great read on the weaknesses of Eddy Curry and how a coach might cover them. The best, I think:

For Curry to be integrated into a system, his deficiencies need to be masked. The most obvious way to do this is by having a player alongside Curry who can rebound, block shots, and take a tough defensive assignment. These players aren't everywhere, but they do exist. The Bulls had Tyson Chandler, who's since flowered as a top rebounder with the Hornets. An aging Antonio Davis, while no longer an All-Star, also provided help defensively, and was a good presence to have around the Bulls' young players.

Having clearly defined roles in the post, with the power forward being the enforcer and Curry being encouraged to use his skills on offense, makes Curry less of a liability. When a talented big man is willing to defer to Curry in scoring situations and play help defense, Curry can focus on getting his twenty points and doing whatever he can elsewhere.

I think that's quite accurate and well-put. In fact, to a lesser degree, I'd say the same goes for Zach Randolph and David Lee. While Z-Bo and D-Lee excel in different aspects of rebounding and offense, both seriously need some defensive help. This is why I've been begging for some type of defensive big man in the past.

- Speaking of which, the very same Knicks Blog shares (and better articulates) my overwhelming desire to bring Sean "Chong" Williams to New York. I wanted him in last year's draft, I wanted him over the summer, and I want him more than ever after watching the likes of Samuel Dalembert and Andrew Bogut put up dominating lines on our overly gracious frontcourt.

- Tonight's game against Charlotte is perhaps the most important game in the history of Posting and Toasting. If you've been around a while, you probably know why, but we'll get into it later, in the game thread. Sit tight and get pumped.