Share All sharing options for: Game Thread: Knicks vs. Bobcats- 11/5/08 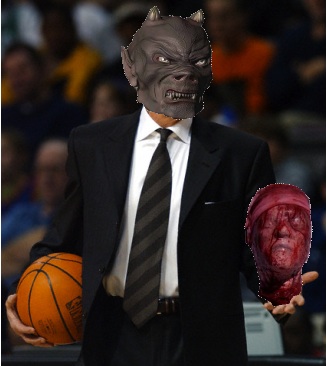 It won't make many headlines. Few outside the area will take notice. But tonight, above all nights, marks the most meaningful game in the history of Posting and Toasting. Maybe you haven't been paying attention to the news. Maybe you're hiding from the monstrous truth. It's hard to escape, though, the foul evil that resides within the Charlotte Bobcats organization. It once plagued our very own Knicks, feasting upon their flesh, leeching their souls, and taking them hostage for a terrible 23-59 season. The beast is capable of dismembering a man telepathically and disguising itself as a mellow, bespectacled 78 year-old with Hall of Fame credentials. Its curse even lingers within one of our own. It is so wicked, so hideous, that I request its name not be mentioned on this site.

Tonight, as the demon makes its hellish return to Madison Square Garden, the onus falls on our downtrodden heroes to defeat his slave army of Bobcats. To show the organization how they have been possessed, to help eradicate the demon from its earthly realm, and to demonstrate our freedom from its malevolent reign, we must be victorious tonight. Please join me in spectating what promises to be a grisly battle fraught with fatality. Moreso than ever, get them W's. Tipoff's at 7:30.