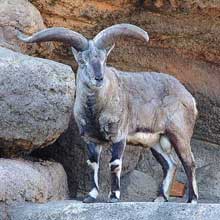 Hey y'all. We've got a late start tonight, so I figured I'd throw some links in the meantime.

- Reggie Theus has been fired, and TKB points out that this is the second coached booted after a loss to the Knicks.

- Knickerblogger, looking ahead, notes that the Suns' big men could have as much trouble guarding the pick and roll as the Knicks' big men do protecting the basket.

- "Expect the Knicks to come out gunning and to tempt the Suns into a shoot out that only Terry Porter can hope to stop." If I heard that sentence a year ago, I'd be scratching my head pretty hard.

- Al Harrington became the first Knick this season to get Eastern Conference player of the week honors. He's also the first to be knighted and canonized in the same week. Praise Saint Al.

- Via TrueHoop, an update on how Mardy Collins is faring in Los Angeles:

There are some unfortunate and inescapable truths about Mardy Collins, and they can be seen in numbers like these: In his nine games as a Los Angeles Clipper, Collins has taken 29 shot attempts from the floor.  Only ten of them have been successful, while 13 of the 29 haven’t drawn iron.  Despite his anemic offensive skill set, Collins isn’t shy about trying to create shots for himself, and that hurts his team, because airballs have this way of producing really good opportunities for the other side.

D'Antoni's return to Phoenix tips off at 9, and your game thread will be up before then. Eat a nutritious dinner and I'll see you later.