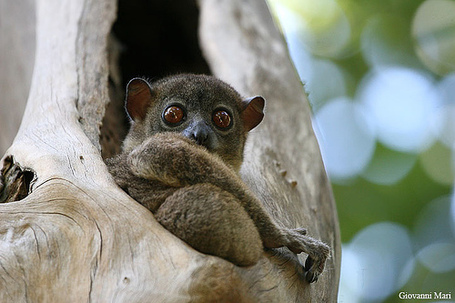 Good afternoon, peasants. This chilly Tuesday is uncharacteristically quiet on the basketball front, but let's run down a few links and items worth mentioning.

- We've already mentioned that Stephon Marbury has been banned from contact with the Knicks. I desperately wish for this to end, and really wonder who in the Knicks organization is still sitting on the buyout. Is Walsh that unwilling to buckle, or is Dolan not willing to part with the full $21 million-ish? Kelly Dwyer's under the impression that James Dolan's the one hesitating to pull the trigger, and I bet he's right. Either way, for the team's sake and for Marbury's own good, this must come to an end. Hell, for my sake. For once, I'd like to be able to follow a basketball team and not a soap opera.

- Tommy Dee wonders how confident you are with the Knicks' direction. My vote? 9 because I trust Walsh - 2 because it's the Knicks= 7.

- Alan Hahn's got the right idea: a piece on the other Knick who isn't getting playing time- Jerome James.

"I can't leave New York without at least making my stamp and letting New York know I wasn't here taking money," James said. "That's not me. I've always had a passion for basketball and unfortunately, due to injuries, I wasn't able to show 'em that side of me. I want to show them that side and then I'll get my -- out of here. I'll leave."

I don't know exactly what he mans by "making my stamp", but I imagine it has something to do with chimichangas.

- I went to the Madagascar exhibit at the Bronx Zoo (one of my favorite spots on the planet) on Saturday, and I command you to check it out. Tell the lemurs that Seth sent you.

- In an aside from the Marbury drama, we get word that Jeffries may be back within a week and Duhon's back is bugging him. Hahn says Du's ankle is a problem too. With Nate still out, Chris is just gonna have to play through it.

- I was planning on missing tonight's game to check out FreeDarko gang (whose new book is so excellent that it chokes me up a little), but some travel plans fell through, and, well, Vassar is 2 hours away from me. If you happen to be in the area, I highly recommend you stop by and check out some of the brightest, weirdest minds in basketball writing. If not, at least pick up a copy of the Macrophenomenal Guide.

That is all. Blazers thread coming soon, with a recap later (unless I can magically revive my FD trip). Lataz.