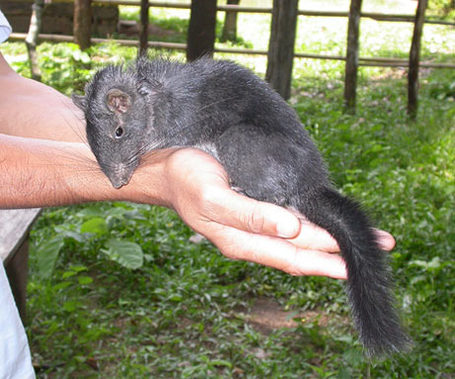 Good morning, everybody. We don't have a recap of last night's game, but no more need be said than what you already knew: The Knicks suck at defense, the Celtics are monsters, and we never stood a chance. Anyway, how about some links and tidbits?

- Alan Hahn gets word that Anthony Randolph is unwanted in Golden State, and wonders if the Knicks might want to make a play for him. He also imagines that David Lee would be the bait to make things work...which I don't really get. If we're going to trade away the guy who is probably our most valuable asset, shouldn't we get more than a 19 year-old leaping giraffe-person who managed to alienate his first coach within 3 months in return? Given the battle between Mullin and Nelson, we can't be sure of anything anyway.

- With the Knicks sitting at 11-16, Tommy Dee thinks now might be the time to pull the trigger on some deals.

- I'm not so sure. Remember that the losses that dropped us this far were in Phoenix, L.A., and Boston, and against the kryptonite Bucks. After a few days off, the schedule looks like this:

Playing Boston again is just plain unfair (four annual games against Boston makes me want to airlift New York City and drop it in Wisconsin.), but the rest of the four games are relatively winnable. After that, it's a four-game western road trip and a home-and-home with the Wizards. So...yeah. I don't know what I just demonstrated. I just think the Knicks have just gotten over a difficult hump in the schedule, and could stay at or above their current pace in the next 10-12 games going forward.

- The Laotian Rock Rat was just re-discovered after being believed to be extinct for millions of years. Kind of like Lucious Harris!

- Jared Jeffries says he likes to be alone before games. We all know he's staging solitary puppet shows with the carcasses of woodland rodents. You're a sick bastard, Jared. Also, Chris Duhon thinks the tendency to sleep- an evolutionary method of recuperation that humans share with nearly all animals- is hilarious.

That's all for now. Have a great Monday and remember not to over-use the brakes in icy road conditions.