Share All sharing options for: Game Thread: Knicks at Hawks- 12/5/08 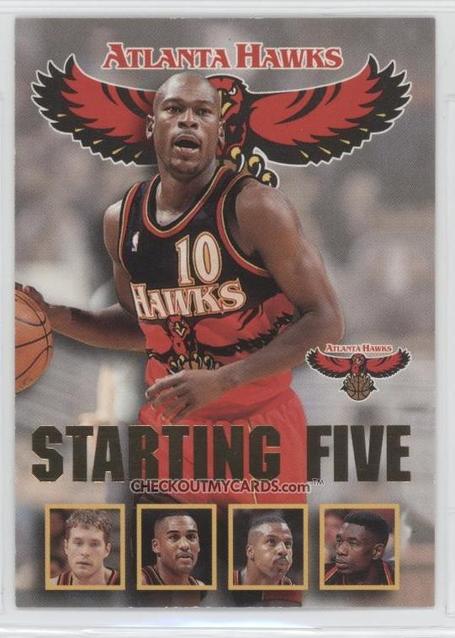 Happy Friday, amigos. The Knicks are back in action tonight to take on the Atlanta Hawks for the first time this year. Atlanta's another one of those teams that likes to run, and Josh Smith has returned with a vengeance to the Hawks' lineup. The Knicks hope to be better-staffed than in their last few games, with Nate Robinson returning from a brief hiatus, and Jared Jeffries making his first appearance since breaking his leg in training camp. With luck, both of those guys will play and give the tired starters some time to rest in what promises to be a fast-paced road matchup. Keep an eye on which Knick matches up with Joe Johnson. Quentin Richardson will likely start on Johnson, but I wouldn't be surprised to see Wilson Chandler switch over to push him around a little. Also watch for David Lee, who will have his hands full with the bigger and very active Al Horford, who wears a mouthguard for the same reason a dog wears a muzzle. (Mini-KTO for all the P&T vets out there).

On a side note, if I could have any jersey in the world, it would be that exact jersey in the picture above. I've never been able to find that garish mid-90's Hawks jersey, let alone the Blaylock version. If you see/have one, I'll do anything for it.

I may miss tipoff, but I should be around for most of the game and to recap later. Here's your spot for comments and in-game snarkiness. Let's get this away-heavy stretch off to a good start.

Make sure you stop by the super-excellent Peachtree Hoops for the ATL spin on tonight's game.

Update: ESPN heard from the Post that Nate Robinson may not be ready to go tonight. I have a feeling they're wrong.