Share All sharing options for: Game Thread: Knicks at Bulls- 12/9/08 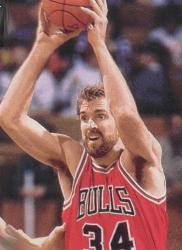 Good evening, y'all. The Knicks are in Chicago tonight, which is important for all kinds of reasons. Chris Duhon will be making his return to the Chi  and matching up against Derrick Rose, the electric rookie point guard who's making the Bulls forget him (knife wounds be damned). Mike D'Antoni will be coaching against an organization that wanted his services this summer, but settled for Vinny Del Negro (which is like wanting a Lamborghini and settling for a Fiat that can't grow a mustache instead).

For the team as a whole, this kicks off a tough five-game road trip that has the potential to keep the Knicks afloat or put them well below .500, depending on their effort. With trips to Phoenix and L.A. looming, games like tonight's cannot be taken lightly.

Check out Blog-A-Bull for some insight on the Chicago situation, and get those comments rolling in. Tipoff's at 8:30.