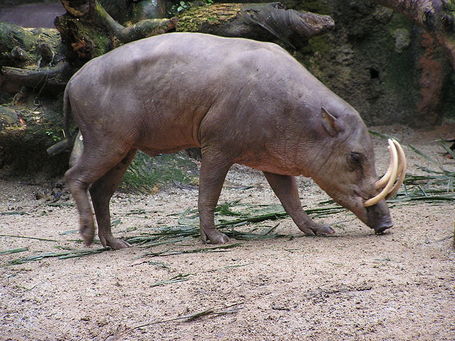 A joyous Friday to all. It's a slow day at P&T, but here are a few things to quench your thirst for all things Knicks.

- Via Disciples of Clyde, Howard Beck's article brings us Lee-worshippers some hope. A taste:

It is generally understood that the Knicks are conserving salary-cap space for 2010, also known as the Summer of LeBron. Spending tens of millions on Lee, a restricted free agent in July, would seem to run contrary to that goal.

But Knicks officials believe they can retain Lee, and there are forces working in their favor: a poor economy, a deep free-agent class and a small pool of teams with significant cap space.

Basically, Beck hits the issue backwards and asks, "if not the Knicks, then where?" The upshot is that the market isn't going to be huge this offseason, and the Knicks have as good a chance as any at reeling Lee in for a relatively reasonable price. Sweet relief (not to be confused with sweet cap relief).

- Gian provides footage of the red carpet the Hawks laid down for Chris Duhon. It's excellent to see Du attacking the rim when given the opportunity. It seems like sometimes he underestimates his own ability to finish.

- Wilson Chandler's blogging on the Knicks website, and his most recent entry includes All-Star plans, thoughts on his recent slump, and this reflection on his facial on Luis Scola:

Honestly, I thought Nate didn’t even see me actually. He hit me kinda late, but he’s got great vision. My first instinct was to dunk. I didn’t even see Scola there. But when I finished like that, it was great. My team went crazy! Me, I’m just a laid back guy so I’m not gonna get into it like that too much. But my teammates, they are just always behind me. They are there for me.

- Looks like most of us believe the Knicks can take one of three against the NBA Cerberus.

That's all for now, y'all. We'll be back in action for the Pacers game tomorrow night, including a guest recapper who will be in attendance. Have a good start to your weekend and don't take candy from strangers.