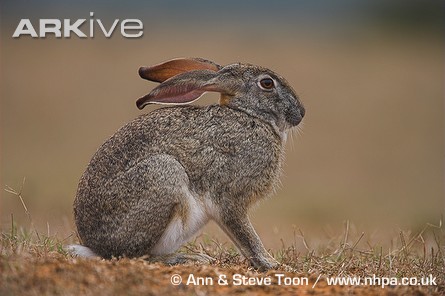 Good afternoon, all. I'm done with the class for the week (That's right- done. Scheduling Fridays off was a magical decision.) and now fully into Knicks mode. Because of an exam this morning, I missed today's early practice. In the meantime, I'll use this space to share some leftover notes, provide a little transparency, and check out some other Knicks stuff from around the internet.

- First, regarding yesterday's videos, don't say I didn't warn you. It sounds like a lot of people were able to extract at least some meaning from the footage, but I'm still sorry the quality sucked. From the sound of things, Tommy Dee of The Knicks Blog will be shooting high quality video tonight, so keep an eye out for some better stuff.

- For those of you asking about interviews, the answer is yes, I'm still doing interviews. I've talked to a number of the players on camera, but equipment failure and my own folly has ruined some of the better answers. My favorite questions are yet to come (let's just say I'm waiting on a prop to arrive), but I'll probably cobble together the surviving footage at the end of camp as well. Since fixing the crap footage might be a futile effort, I'll share some of the things I heard here:

- I asked Danilo Gallinari about the genesis of "The Rooster Salute", and he explained that Jared Jeffries thought of it. He also mentioned that he wouldn't be doing it as much this coming season, since he's more interested in playing basketball than celebrating. Hopefully I expressed enough disappointment in that to save the salute from early retirement.

- I talked to David Lee about the famous "Touchy Reptile" Youtube video, and we agreed that, out of context, the clip was fairly ridiculous. He shared that he was a big fan of "The Electric Company" when he was little, but never actually  got around to watching the episode that he was on. Dave also admitted that his teammates teased him with chants of "I'm dubious about that!" after the Youtube video surfaced.

- Chris Duhon runs his mouth on the floor a bit more than you'd expect. It's all in good humor, but there were, for example, a couple times when he yelled "HELL NO, WARREN!" while Warren Carter was lining up a jumper. Then again, he's got a point.

- First and foremost, Shoals posted the Knicks edition of his season previews series. It caters to a more general fanbase, but is still worth a read, since it's Shoals. Here's a taste:

Robinson is at his best uncut, unvarnished, bouncing around like a little kid and displaying boundless exuberance for just about everything around him. N-Rob needs an entire team working to export his personality around the world. No gimmicks, no posturing, just straight-up Nate. Dude is like the infectious, generally family-friendly version of Artest's public performance—these days, that potential is far more important than what he could prove as a "real player."

- Following some eyebrow-raising statements by Monta Ellis, Alan Hahn reviews how this summer's draft shook down, and the early outcome for the Knicks and those drafting around them. By the way, don't tell him I told you this, but I'm pretty sure I saw Hahn make a banana materialize out of thin air the other day.

- In a blog post, Frank Isola notices that there are no Knicks on the list of the top 15 best-selling jerseys internationally. Danilo Gallinari will one day be 1 through 15 on this list.

"I don't resent anything the Knicks did,'' Lee said. "They presented me with their argument that they want to keep as much flexibility with cap space. I'd be selfish not to respect that. I want to be part of the solution here. The solution is to do a one-year deal and next summer we'll talk again and see where it comes to. I don't go into next summer whatsover well the Knicks better outbid anyone because they didn't take care of me.''

The nervous part of me worried that, after what Berman mentions must have been a very difficult summer, Lee might hang his head in training camp. Definitely not the case.

That's all for now, babies. I'll be at the late practice in a few hours, and there should be notes up later tonight.