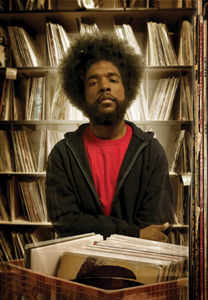 It's a brisk, windy evening in New York (at least this part of New York), and the Knicks make their first Madison Square Garden appearance in a long, long time tonight. They'll play host to the Sixers, who have a brand new coach and some fresh new (old) threads.
On the Knicks end of things, keep an eye on Danilo Gallinari's stroke, which was absent in games one and two and has gotten a lot of pub over the last few days.
Stick around for comments throughout the night, and remember to do what Toney Douglas do. check out Liberty Ballers for the best Sixers coverage ON EARTH.