Alright, listen. Many a panty is going to be bunched by tomorrow morning over what, on paper, was a piss-poor outing by these preseason Knicks. Don't get me wrong- the shooting was every bit as horrid as it looks in the boxscore (31% from the field, 7-41 from downtown). The 55-44 rebounding discrepancy, too, was as striking on TV as it is on paper. Some of the offensive struggles were the result of sloppiness and selfishness. Some of those lost rebounds were due to inadequate effort. In my opinion, though, it was mostly preseason noise: poor execution and lineup tinkering. 7-41 three-point attempts is an obscene number, but I can say as an eyewitness that many of those 34 misses were on wide-open looks. The Knicks are not 17% long-range shooters. Meanwhile, Coach D'Antoni's still toying with David Lee at the 5, which simply doesn't work against decent centers (Dalembert tonight, Perkins and Lopez before him). A loss is a loss, and tonight's was an ugly one, but the sky isn't falling. Not just yet. Let's run through some notes from the evening, after the jump.

- Just to flesh out that glaring 7-41 downtown number, I'll share the following: 41 attempts would be a Knicks record if tonight's game counted. No Knick hit more than a third of their threes. Danilo Gallinari was 1-4. Nate Robinson was 0-5. Al Harrington was 1-8. Jared Jeffries was 1-6. Wilson Chandler was 2-10 (!). Suffice to say that every single one of those gentlemen could have and should have put the ball on the floor for a change. Like I mentioned, though, not a single one of those players is that bad a shooter. Sometimes the bricks just align themselves, eh? Better now than when it counts.

- New game: During the pre-game show, watch Walt Frazier while Mike Breen is talking. He zones OUT. What's Clyde thinking about? One can only guess.

- Clyde's word for the Knicks' first half against the Nets the other night? "Ignominious". True that.

- Not big on white headbands.

- I'm gonna pin some of those unnecessary threes on a lack of point guard presence. Chris Duhon brought the ball up whenever he was on the floor, but gave it away early and often. He'd try the pick-and-roll with Lee, get denied (kudos to the Sixers for that), then kick the ball to the perimeter and peace out for the rest of the play. If those threes fell, Du'd be looking at double-digit assists and maybe even a win. But they didn't, and it's on Chris to find another option.

- Time to talk defense. The starting five had trouble early, with Elton Brand trouncing all challengers and the other Sixers repeatedly cherry-picking off of rebounds for easy scores. For the middle two quarters, though, things looked sharp. The Knicks kept the game as a whole close because of an ungodly 28 forced turnovers, many of which came during that middle stretch of excellent switching and doubling, quick hands, and even a blocked shot or two. I'll say again that a Nate Robinson/Toney Douglas defensive backcourt makes opposing guards want their mommies. The two gamble a lot, but are athletic enough to wreak havoc and break plays in a heartbeat. If only Nate would get over screens reliably, it'd be perfect.

- Darko Milicic has been passing much better than one would expect. He's also working on what could one day be a goatee of unparalleled majesty.

- I should also mention that Darko snaggled a steal near halfcourt and took it coast-to-coast for a dunk. That was special.

- Gallo still hasn't found the touch (though he looked more natural tonight than in the previous two games), and I'd love to see him react a little faster after he catches a pass. Danilo's a bit of a ball-stopper, and it seems like everybody quits cutting once he's got the rock. On the flipside, this draws a lot of defensive three-second violations.

- One thing I do like: Gallinari as the point man when Nate's on the floor. I don't know if it's in the playbook, but there have been instances in which Gallo has the ball at the top of the arc and Nate streaks across the lane for a quick catch and finish. The big man's height and the little man's quickness make for a tough cover.

- Like half the available AP photos for this game are of dumbfounded referees. Just saying.

- In the second quarter, Jared Jeffries was hounding Elton Brand after a board and caught a Brand elbow right in his eye hole. After a moment or two of googly-eyed stupor, Jared came to his senses and put his face in Elton's face, which is a classic basketball move that I've never quite understood. I've wanted to fight people before, but have never felt the need to express that by eskimo kissing them. Anyway, Jared (now bleeding, by the way) expressed his displeasure, Elton stood his ground, the two got separated, Jared kept yapping, Elton said "you're soft", and the two parted ways. They were shown reconciling after halftime. I'm sure there's a lesson to be learned somewhere in there, but I missed it. Jared got four stitches. No word on what flavor lollipop he chose, although I'd bet my wallet it was grape.

- Al Harrington's chair-pulling is getting trickier by the game. I'm not gonna invoke the name of the chairmaster himself just yet, but keep an eye on that one.

- I lumped him in with the rest of the bricklayers before, but Wilson Chandler simply cannot shoot 2-10 from downtown in a professional basketball game, especially when at least three of those shots didn't strike rim. Can't happen.

- I managed to convince my housemate first that #20 on the Sixers was named "Merry Christmas", then admitted I was kidding and told him it was "Jesus Christmas". Yes, I choose my friends wisely. It's Dionte, by the way.

- When Mike D'Antoni says "ball movement" it sounds like "bowel movement". Wait...maybe he was saying bowel movement. Not sure how more of that would improve the team's field goal percentage, but whatever. I'm not the coach.

- One of the Garden security guards looks a bit like Bunk Moreland. 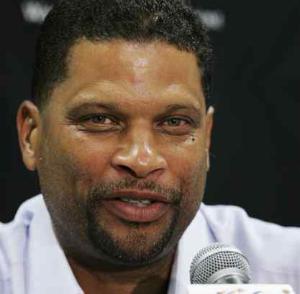 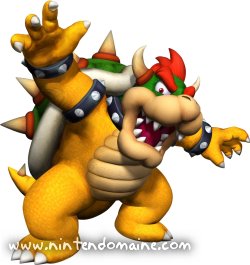 Anyway, I'm gonna pin this one on bad matchups and fluky inaccuracy from the field for now. It's no fun to get all grumpy in mid-October. Plus, it's bedtime for me. Next exhibition game is on Friday against (ugh) the Nets. MTA is after that, which should be fun. Talk to y'all tomorrow. Love.