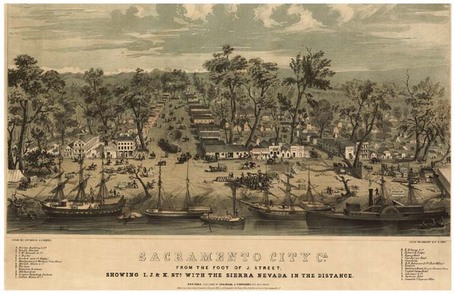 Evening, children. The Knicks follow their loss in L.A. with a matchup against the Kings tonight in Sacramento. The New York beat bros are twittering like fiends, and there are a few bits of news to pass along:

Jonathan Abrams: "D'Antoni finally conceded that Wilson Chandler's ankle is still bothering him after having bone spurs removed this summer."


So...yeah. Bummer on both counts (although in Wil's case, it's almost more of a relief. He's been playing like someone with a sore ankle).
(Also, Is there such a thing as brain spurs?)

Meanwhile, Sacramento features rookie Tyreke Evans, who is almost guaranteed to have a career night against the Knicks given his ability to drive to the basket. That is unless Mike D'Antoni chooses to let Toney Douglas loose for a little more than usual. Pretty Toney matched up quite ably with Evans in Summer League, and I'd love to see him get a shot at the 4th pick tonight. Sacto's also got a couple of problematic big men in Spencer Hawes and Jason Thompson, the latter of whom more or less resembles what I'd expect from Jordan Hill if he ever got minutes.
Come keep me company in the comments section if you're watching, and also check out Sactown Royalty for the best Kings blogging (and community) on these here internets. Tipoff's at 10. In the meantime, a topic for discussion: Where does tonight rank among the nights of the year most conducive to eating at a restaurant or ordering in? (I almost said "eating out", but I don't think we're collectively mature enough for that.) If I were making turkey et al. for the whole family, I sure as hell wouldn't feel like cooking tonight.