The End of an Era

Share All sharing options for: The End of an Era

Yes, basketball is just a game. People get the person confused with the personality. I can create on the court but I'd much rather play the game of life. It's more fun and I'm having more fun creating my life than I've ever had. 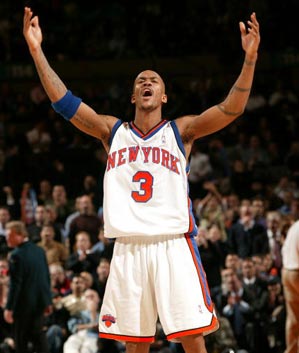 When Stephon Marbury joined the Knicks, it was all about basketball. I have very clear memories of joining a capacity Garden crowd on January 31, 2004 to watch Marbury light up his old Suns team just weeks into his Knick tenure. Steph sparked New York in the middle two quarters with individual runs of 11 and 9 points. He was pulling up from absolutely anywhere he pleased, testing the deepest waters of three-point range and stoking the frenzied crowd all the while. Marbury finished with 35 points that night, and responded to questions of revenge bluntly: ''I wanted to win the game. I don't have any vendettas against them. I understand the decision they made. I have no hard feelings toward them". He then led a team that prominently featured Shandon Anderson and a 37 year-old Dikembe Mutombo to the playoffs, only to fall to the far superior New Jersey Nets in four games. 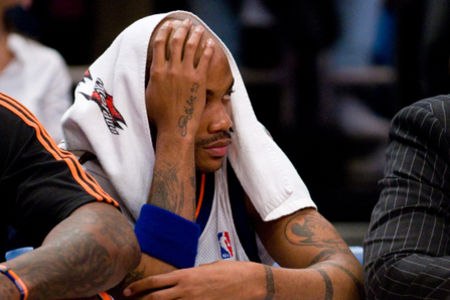 What happened in the ensuing couple of years wasn't that surprising. There was the mini-rift with Kurt Thomas, the tumultuous season under the-coach-who-must-not-be-named, and an up-and-down year with Isiah Thomas. During that stretch, Steph's status as a loser and a ballhog resurfaced. We arrived at the same tipping point Marbury had previously reached in Minnesota, New Jersey, and Phoenix. He hadn't lasted more than three years in any of those cities, as if the league had agreed that that much of Stephon was the appropriate welcome period. Teams unsatisfied with the product cut their losses and sold after year three. Nobody knew what lay beyond that third season, but we were about to find out. Steph remained a Knick. 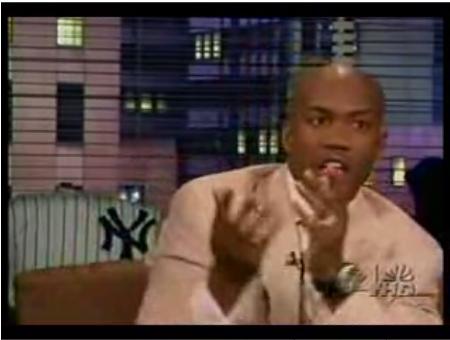 In the summer of 2007 it became about more than basketball. Things started rolling with a tame but entertaining Oprah appearance addressing the Starbury shoe line. Then there was an avalanche of giveaways: shoes and money for damn near anybody who was asking. After that came a pair of bizarre Youtube classics: The Z-Bo Reaction and the Mike'd Up Interview, as well as a legendary guest blog for the New York Post (quoted above). Marbury's persona had always been limited to on-court issues. It was all about basketball. Now, in year four, the game was merely an afterthought, and we internet folk loved it. Steph entertained us to no end, and all signs pointed to a renaissance in the coming season. He had new teammates and a fresh crop of fans still laughing from his wild, charismatic summer. 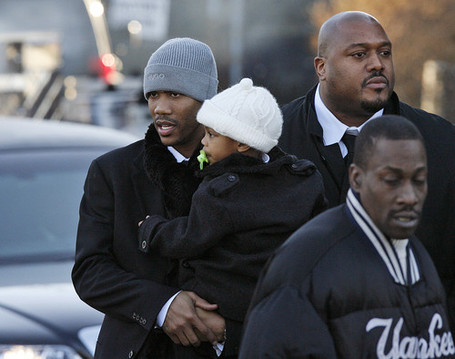 The laughter promptly ended with a perfect storm of tragedy and humiliation in late 2007. Marbury was drawn into the lengthy, messy MSG sexual harassment trial. He famously abandoned the team after a calamitous flight to Phoenix. His father died suddenly in December, and the grieving Stephon never really regained his mojo on the floor. He opted (perhaps against the team's will) for season-ending ankle surgery in January, having played his last game as a Knick, a 13 point, 8 assist performance in a loss to Toronto. 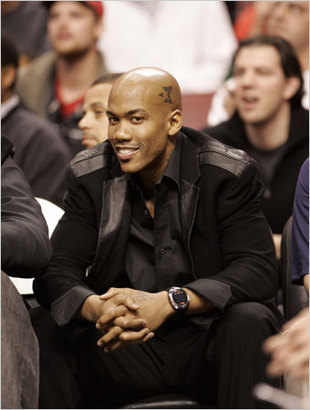 In the last year, Steph's regained some of his charm despite a rather noisy departure from the team. He got his head tatted, started blogging again, and dropped knowledge at a bus stop. It's been a throwback to the summer of '07, only Steph's a martyr more than a cult hero now, following this season's benching and excommunication at the hands of the new management.

Now we learn that Marbury has finally been bought out and may join the Celtics as soon as Friday. Who knows how it'll work in Boston? Steph's focus on matters beyond basketball marked his demise as a Knick, but will he revert to old form when wearing new colors? Even if Marbury's usual honeymoon period doesn't endure quite as long, Danny Ainge may already have enough of a structure in place to sublimate Steph's typical effect on a team. It remains to be seen whether Marbury can fully reimmerse himself in playing ball. Maybe he can take a hint from Eddie House, who he ridiculed for being more "caught up in basketball" than life. I can't say I'm rooting for him in Boston, but I'll certainly be following along closely.

At last, Marbury's days in New York are over. P&T bids farewell to an eccentric, an entertainer, and a once-dominant court presence. For better or worse, our discourse on this site wouldn't have been the same without him as a constant font of material. New York will go down in history as the city that gave Stephon Marbury more than three years. Whether you think he grew up, bugged out, or just left basketball behind in that extended time, I guarantee you'll never forget him.