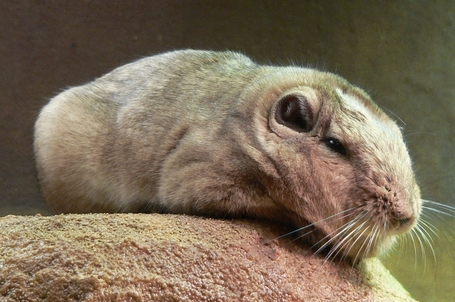 Good afternoon, friends. The Knicks play the Magic this evening, but I've got some announcements and choice links to share before gametime.

- First and foremost, I'm happy to announce that SB Nation has established a parternship with Yahoo! Sports. Links to our nonsense here at P&T will now appear on the Knicks team page, among other things. This will likely bring a gradual influx of new readers. I ask that everybody remember to keep things civil and well-intentioned. If anybody reading this came via Yahoo, I urge you to check out some of the discussions around the site and start participating ASAP. All I ask is that you check your hate at the door and stay light. We hate to love the Knicks here. We don't love to hate them.

He’s not of the Nash mold.  Not even close.  There are games where he looks exclusively to shoot, and that’s precisely why I want him in there kicking ass and taking names.  The easier comparison is probably to Leandro Barbosa, but I think Nate’s play is infinitely less trite.  If Walsh and D’Antoni put together the type of team we know that they are capable of given their market and clout, Nate Robinson doesn’t have to be Nash…or Barbosa.  He’s somewhere in between.  Part of the beauty of SSoL is that it can turn rotation players and sixth men into juggernauts if they have the right skill set.  Nate’s got it.  He doesn’t have Nash’s court vision or Barbosa’s unbridled speed, but he can make plays for his teammates and he makes people look foolish with his quicks.  If you put a playmaker beside him on the wing, that offense goes from ‘fun’ to ‘deadly.’  LeBron James, Dwyane Wade, even Joe Johnson.  They would demand a subtle modification of D’Antoni’s system, but the benefits could be enormous.

- David Lee, in an interview with ESPN radio (via The Knicks Fix):

"To be honest with you, I'm starting to. The coaches always give me trouble that I'm holding myself back, that the sky would be the limit if I would continue to have that confidence in myself. I'm starting to get it this year because I'm finally am given the freedom to be aggressive offensively. And there's an adjustment process in that . . . So I'm starting to believe more and more that I can be one of the best power forwards-slash-centers in the league. And I think the numbers reflect that . . . [But] I'm a big believer that the second you starting thinking that way, that things go downhill. I still know I can get a lot better."

- Joey at Straight Bangin' can't imagine a worse end to the Stephon Marbury era, and I'm with him. Why wait until this point to release him, and if you're gonna wait this long, why not drag it out until past March 1? I think D'Antoni and Walsh themselves would admit that they botched this one. Time to move forward, though.

- Knickerblogger was the single site that turned me on to the world of sports blogging some years ago, and they've just recently turned 5 years old. As P&T nears its own second birthday, I salute Mike and friends for pioneering the Knicks blogging front.

- Wilson Chandler's back to blogging, this time about his All-Star weekend experience and the recent trades. A clipping:

Now here is a secret not many people know, but when you saw Nate dunk over Dwight, that wasn’t the first time he did it. Right before the dunk contest, during the three-point shootout, he talked to Dwight and the two of them practiced it to make sure they got all the timing down and stuff. Back in New York, he was practicing by jumping over Jared who is pretty much the same height as Dwight, so Nate knew what he was doing.

I don't know if jumping over Jared Jeffries is necessarily the best preparation for clearing Dwight Howard, but props to Nate for managing to find the single quality that those two have in common. You know what's funny? If Nate had jumped over Jared instead of Dwight in the actual contest, I doubt anyone would've been impressed. Sure, they're the same height and it's equally difficult, but it's just not the same. Somehow, I'm pretty sure I could jump over Jared Jeffries.

And that's all for now. Again, I encourage those of you visiting from Yahoo! to have a look around this site and others at SBN. Check out this post for more details on the whole SBN-Yahoo! partnership. Knicks and Magic tonight. Get ready.