Share All sharing options for: Game Thread: Knicks at Timberwolves- 3/13/09 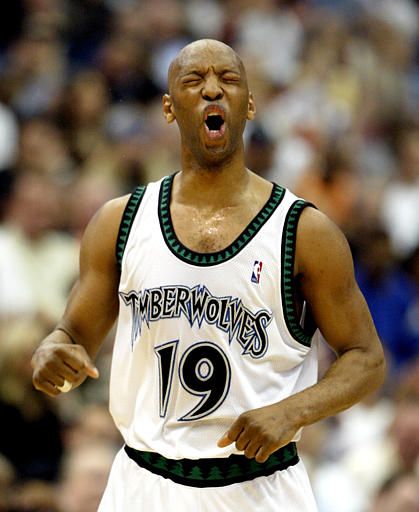 Happy Friday the 13th, children. Your New York Knicks are in Minnesota (State bird: Articuno) to face the lowly Timberwolves. Lowly or not, this is a trap game like no other. The Wolves have already boned New York once this season, albeit with a healthy Al Jefferson. In a season of false starts and fake-outs, a loss tonight would be a fitting sequel to consecutive gritty road wins. The Knicks of late have shown determination, though. If things keep up, they should be able to make it three straight against the under-manned Timberwolves. If not...bad news bears. Tonight's as must a must-win as there ever was.

Keep me company in the game thread if you're watching tonight's action, and make sure to stop by the splendid and hilarious Canis Hoopus for all your lupine (hoopine?) needs. Go Knicks. Please.

Note: If you're a first-timer visiting from Yahoo! or elsewhere, 1. Welcome! and 2. I highly recommend taking a look at the community guidelines before you get to posting.

Some other notes: Chris Duhon's shutting it down. Nate will start. Lee's playing despite a sprained knee. Also, the game's on PIX. That's channel 11 at my house. Family Guy is much better than the MSG pre-game show.