Share All sharing options for: Knicks Make Another Call-Up 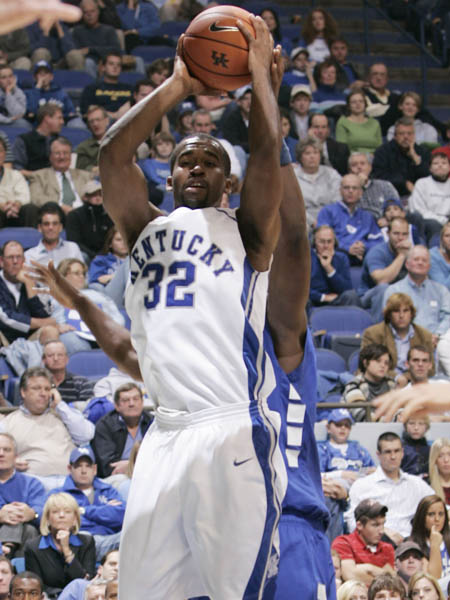 Joe Crawford, the Los Angeles Lakers second round pick this season and former Kentucky Wildcat, has been called-up to the New York Knicks, according to multiple sources.  He will apparently take the place of another D-League call-up, Demetris Nichols, whose second 10-day is set to expire tomorrow.

Crawford, a 6'5", 210 pound shooting guard, has been very solid, though rarely spectacular, for the Los Angeles D-Fenders' this season, averaging 20.8 points, 4.6 boards and 2.7 assists in 43 games (42 starts) with the D-Fenders'.  He hasn't been the most consistent player in the D-League, and March has actually seen a drop on his stats, but shooting 40% from the 3-point line this month has surely made up for that.

Crawford is a pure scorer.  He's not going to pick up many assists and can't be counted on to consistently put the ball on the floor.  He's a scorer - he can shoot, he can slash, he can score.  The other asset to his game is that he's one of those players that will irritate the other team on defense, playing them hard up and down all 94 feet.

You'll probably remember Crawford from Kentucky. The kid's tough and can bomb when need be. It's sad to see Nichols go without getting much of a run, but such is life.

In other news, do not call him "Joey".