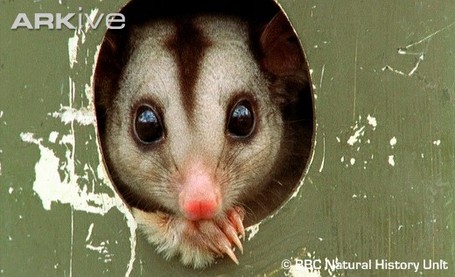 The Knicks play the Pistons tonight. In the meantime, here are a few links for you and your mahogany glider friends to enjoy.

-Today's must-read is a piece by Rafe Bartholomew of Seattle Weekly that captures Nate Robinson's gifts, flaws, and persona better than anything I've ever read. And I'm not just saying that because Rafe was cool enough to get opinions from Knickerblogger and myself. It's an in-depth profile that gets past the familiar "little man! big heart!" business and addresses the roots of Robinson's character. My favorite bit describes Nate's equally bold mother, Renee Busch. A sample:

Talking to Busch is like trying to guard Robinson. She skitters from topic to topic faster than any pen or mind could follow. Each new subject is like a change in direction on the court, and her patter is full of stutter-steps, crossovers, and spins. She starts with a story about the Knicks players, who call her "Ma Dukes," taking her to dinner last September and buying her a table full of mojitos. She believes she and Nate were both blessed with their hands—"It seems like I went pro braiding when he went pro basketball," she says. (She and her sister own the Seattle salon Braids 4 Dayz, and have plans to open a second shop in Tacoma.)

- I'm still working out the quirks of embedding AP photos, so I'll just link to this picture from last night's game. Put shortly, it's one of the best baskeball shots I've ever seen. While Al Harrington calmly picks up a basketball, presenting his ass in the process. Aaron Gray pretends to slap it, Joakim Noah shows just how much he'd like to bite it, and Brad Miller appears to cal it on a cell phone. I have no idea what Lindsey Hunter is doing, but the anonymous Bulls' waterboy in the background finds it very mesmerizing. Photo of the year.

- Via TKB, word that Courtney Sims might get some minutes against Detroit tonight. Finally.

- As Danilo Gallinari begins his rehabilitation, Alan Hahn talks to two Knicks who've had back surgeries of their own. Chris Duhon had a laminotomy in '06, and his back's been problematic all year. Meanwhile, Quentin Richardson had a more serious procedure in '07 (a "diskectomy") and claims to be pain-free. Let's hope Gallo's back takes advice from Q's and not Du's. If not, my promise to donate my back to Danilo holds true.

- I've spent the last few days salivating over the FD/Ziller Z-index (more here), and have given a lot of thought to how the Knicks would look indexed. Nate Robinson and David Lee would surely lie around those treacherous corners, while Wilson Chandler's and Al Harrington are sort of spotty. Jared Jeffries resides somewhere in the white space on the sides.

That's it for now. The Detroit game thread should be up in a couple hours. I won't be around for all of tonight's game, so if anybody's inclined to recap, let me know.