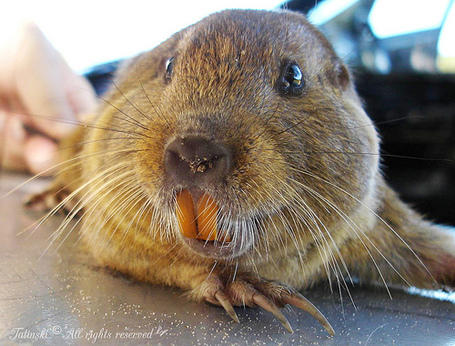 Good morrow, all. Before I head out for the day, I thought I'd link you to some of the bigger stories in Knicks world, as well as open up a thread in which to discuss last night's playoff game. Here we are:

- Chris at TKB makes the case that the Knicks are in dire need of shot-blocking if they ever want to contend. Is Mouhamed Sene the answer? God I hope so. If not, who else is out there?

- Anybody think the Cavs can still pull it off? Anybody rooting for the Magic? I'm not, but that's mostly because my obsessive-compulsive relationship with basketball forbids me from embracing an incomplete team. No Jameer Nelson, no dice. I hate injuries. AHHHHH!!!!!

- Speaking of which, if and when the Cavaliers are eliminated, expect the LeBron-to-New York talks to resurface in earnest. Between that and the above quote about budding season ticket sales, I wish there was some document we could sign that says "I was here back in the Shandon Anderson era". I fear an influx of clucking bandwagon fans if LeBron ever makes his way to the Big Apple. Not a bad problem to have, but yikes.

- It always tickles me when NBA players follow the rest of the league closely. Wilson Chandler is clearly paying attention to the playoffs.

- David Crockett of Knickerblogger has the Knicks taking Ty Lawson in his post-lottery mock draft.

- I'm shaking in my goldfish boots over the forthcoming FreeDarko book that tackles basketball history from the FD gang's delightfully sideways perspective. Gotta figure that Walt Frazier gets the treatment, no?

That'll be all, my little children. Have splendid little days, you all.