Portland will be Lee's strongest suitor. Detroit, with cap room, has interest, too. Lee declined to say whether he'll be in the Rose City July 1 for a recruiting trip.

"I haven't discussed it," Lee said.

Portland likely has to work out a sign-and-trade with the Knicks to get the 6-foot-9 power forward. Lee is expected to command between $7-10 million per year on an offer sheet, which the Knicks can match. If he gets an offer sheet at the spectrum's high end, Donnie Walsh is prepared to trade Lee or let him go with the idea of preserving 2010 cap space.

With impending free agency right around the corner, it appears that one suitor who was once hot and heavy for David Lee, no longer has interest.

A source close to the Blazers braintrust has informed TKB that the Blazers seem to have an off season plan in place and that they are desperately trying to move Martell Webster, Sergio Rodriguez and Travis Outlaw so they can make a play for Orlando’s Hedo Turkoglu. As we’ve reported, Andre Miller is also a target with Jason Kidd’s name popping up as well should Miller remain in Philly.

So, who really knows? Portland seemed like a big player in the Lee sweepstakes, so their interest is worth tracking if you've got any stake in Lee's future as a Knick. Anyway, these intra-organizational differences of opinion happen all the time. For what it's worth, an anonymous source within the Portland front office has informed me that these were the two separate sources consulted for the opposing reports: 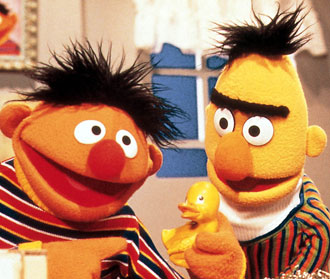 What do you expect?