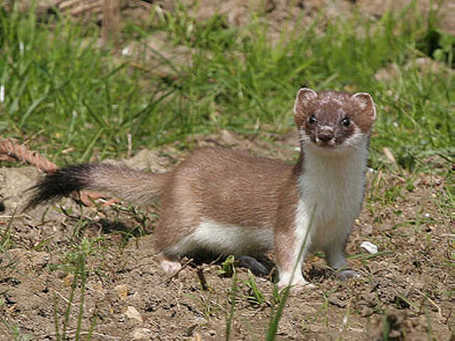 Free agency begins this week, so let's take a look at some relevant (and irrelevant) links from around the web.

- First of all, in his most recent post, Alan Hahn clarifies some of the free agency nuances:

The Knicks can entertain sign-and-trade discussions involving both Lee and Robinson on July 9, after the seven-day moratorium. There is expected to be a strong market for Lee, who led the NBA with 62 double-doubles, and there are teams with cap space that have an interest. The Pistons could attempt to sign him to an offer sheet if they do not go after Carlos Boozer and the Trail Blazers are also said to be in hot pursuit, but more likely in a sign-and-trade scenario.

For the Knicks to keep him, Lee and his agent, Mark Bartelstein, would likely have to agree to a back-loaded deal to protect the cap space in 2010. Walsh would also have to first find a way to move either Eddy Curry ($11.2 million against the cap in 2010-11) or Jared Jeffries ($6.8 million) off the roster to offset Lee’s contract, which could command up to $8 million per year or more. Consider the range of these comparables: Troy Murphy ($11 million), Andris Biedrins ($9 million) and Udonis Haslem ($7.1 million).

We've heard very little from David Lee and his people about this, and I'm curious to see how other teams value him, and whether or not the Knicks value him most.

- Chris Duhon is hosting a charity golf tournament today that features, among others, the Rangers' Sean Avery. This year's tourney is to support Du's hometown in Louisiana, which is still reeling from the damages inflicted by Hurricane Katrina.

- I'm already very, very tired of the Ricky Rubio storyline. He's beginning to have the same effect that LeBron James has on us. Like I said in the comments of this post, Rubio's next logical step is to be seen wearing a Yankees cap. Everybody needs to chill. He either will or won't leave Minnesota. It may or may not be for the Knicks. Whether or not Mama Rubio likes the cold or Papa Rubio once got diarrhea at Katz's Deli is not going to make a difference.

- Scott Schroeder has done yeoman's work, toiling to compile the summer league rosters for each of the NBA teams. Besides the two rookies, it seems that New York will be sending Blake Ahearn, Alex Acker, and Wink Adams to Vegas. Acker and Ahearn have both made NBA rosters before, while Adams has a P&T-approved nickname. His real name, for what it's worth, is Jo'Van.

- Wilson Chandler's Twitter page seems to be one of the numerous celebrity deaths this weekend. No idea what happened, but I'm pretty sure this isn't him.

- I'm usually pretty wishy-washy about potential moves. I feel differently about David Lee's future in New York or the possibility of Steve Nash reuniting with D'Antoni depending on who I'm talking to and the phase of the moon. However, I can say one thing for certain. I will never, under any circumstance, support any pursuit of Jason Kidd. Not only would his signing be an example of the ill-fated patchwork management that I've come to despise (e.g. Shaq to Phoenix, Shaq to Cleveland, Shaq to any other team he chooses to taint), but it's JASON KIDD. No shot.

- Despite my best efforts, I'm hard-pressed to find Brandon Jennings anywhere in this video, so I can't say I know what everyone's talking about.