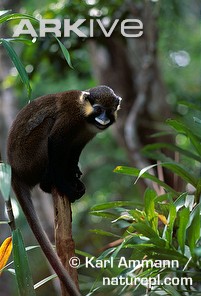 Good day, friends. I've got a couple links I'd like to share and a brand new "clippings" device at my service, so let's do it to it.

- Wilson Chandler's surgery was successful, and he's twittering away about it from the hospital. In case you missed it, Wil had some bone spurs removed from his ankle in a procedure that should only ground him for a month or two. In separate news, I had some bone thugs removed from my own ankle yesterday, and am currently in stable condition.

- The massive renovation taking place on the Garden appears to have been pushed back a little, with things not expected to wrap up until 2012. I would assume that gives them enough time to add chocolate fountains to the concession area.

- Maybe you guys can help me remember this. What was that MTV show in the 90's where celebrities and NBA guys would play basketball, only there were like three or four different rims worth different point values? I vaguely remember Bill Bellamy being prominently involved (although most of my childhood memories are haunted by Bill Bellamy). There may have been a baseball version, too.

- WWOD? waxes poetic on the tragedy of the playoffs and previews a forthcoming series in which, among other things, the Cavs are compared to Death of a Salesman. LeBron James did not die in vain.

- Frank Isola points out the smattering of former Knicks and friends of the Knicks (like the whole broadcasting booth!) making appearances in these NBA Finals.

- People will likely make a big deal of this potential video game cover, to be featured in an upcoming commercial. It's got Kobe Bryant popping out a (#17?) Knicks uniform, and Spike Lee is somehow involved. The ever-astute Marc Berman calls 2K10's bluff, though:

In the commercial promoting the October release of the video game NBA 2K10, Kobe Bryant and Spike Lee are trying to figure out the best cover shot for the video game. Lee, after viewing several Lakers photos, finally chooses Bryant in a Knicks uniform.

That won't be happening, however, unless Bryant exercises the opt-out clause of his contract July 1 and signs with the Knicks for the mid-level exception.

Neither is expected to happen. The Knicks don't have cap room until 2010.

With that, I leave you. Have triumphant days, everybody. Stay dry. (Pause?)