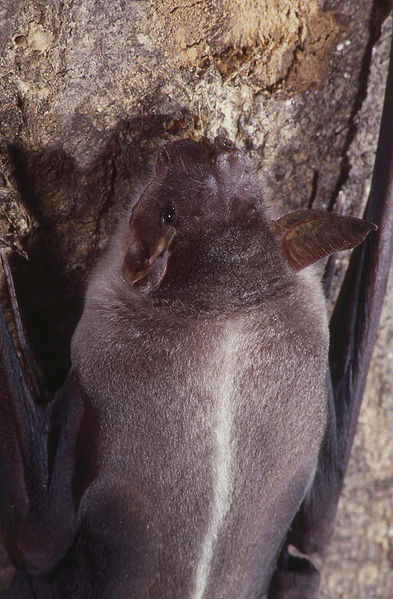 Good afternoon, villagers. While the Knicks prepare for their second game in as many nights (no Amar'e tonight, b t dubs), why don't we see what's doing around the world wide web?

Take the jump for all kinds of delicious treats.

- Just to reiterate, I am not at all in favor of bats, but it is still Bat Month. Bulldog bats are one of many kinds of bats that use their echolocation skillz to FISH. That's just wrong and terrifying. Bats are douchebags.

- According to the people in the real world, the discussions between the Knicks and Nuggets with regards to Carmelo Anthony are still very much alive. As far as I can tell, a trade is no more or less likely than it was in, say, August. Rumors are sooooo three months ago. Where there is smoke, there is rarely fire. Usually, instead of fire, there is Frank Isola. That said, if you're super excited by the murmurs, there are outlets for said excitement.

- I get dozens of emails everyday demanding that I post a video of Shawne Williams and Bill Walker losing their collective shit over railway travel. At long last, I can come through for you guys. Thanks to Amar'e Stoudemire who twat it, and my homedawg JJ, who shared it.

- I'm seriously considering creating a section, if not an entire blog, entitled "Everything Timofey Mozgov Says Is Funny". Today's topic is MIkhail Prokhorov:

"I know he has money," Mozgov said. "He's very smart. He's a real good guy. Maybe he didn't want me or know me. I don't worry about it because he's not my enemy."

- My live-action caption for last night's post-dunk show of affection between Danilo Gallinari and Amar'e Stoudemire was just giggling and vigorous nipple-tweaking. Surely, y'all can do better. Seriously, I want a P&T citizen to win that contest.

Come on back for the game thread at 7! Have a victorious day!