Get to Know a Knick: Sergio Rodriguez

Share All sharing options for: Get to Know a Knick: Sergio Rodriguez 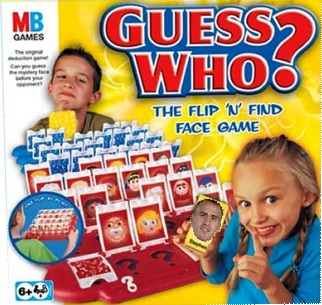 Yesterday's flurry of trades changed the complexion of the Knicks' roster pretty substantially. I figure you're already pretty familiar with Tracy McGrady and Eddie House (for more on McGrady, I recommend this piece by Alan Hahn (subscription)). People might not be as familiar with the handful of other Knicks joining D'Antoni's motley crew, though. So that this wouldn't become a game of Guess Who?, I sought some opinions from those who know each of these players best: fans of their old teams. Here's the first batch of responses.

Does he have the sharpest widow's peak known to man? Yes. Is he called "Spanish Chocolate? Yes. Can he hit a jump shot? Maybe. It's Sergio Rodriguez, y'all. Read what Kings fans had to say, after the jump.

Sergio will dazzle you. He will also frighten you. He has amazing court vision, but sometimes this is a detriment, as his passes can go to someone who isn’t expecting them.

He’s lightning quick, one of the faster point guards I’ve seen. He can get to the rim exceedingly well because of it, and has led a few garbage time rallies for the Kings because of it. It’s also a big reason why his FG% is at a career best, he’s getting more efficient shots.

He gets knocked as a bad shooter, and he’s not great, but he has improved his 3P% each and every year and his form is solid. He’s currently at 35.7% this year.

On defense, he tries, but he’s really not that good at it. He’s a good ball hawk though, and plays the passing lanes well. He might be a little too aggressive in playing the lanes sometimes.

He’s young, and has the potential to be one of the best assist men in the league. He will also probably lead the league in turnovers. But you know what? D’Antoni should absolutely love this guy. If D’Antoni can’t make Sergio work, then Sergio isn’t as good as any of us thought he could be. He’s only 23 so there is still some potential, and D’Antoni is the perfect coach for him.

My prognosis: Start him immediately. Duhon isn’t worth your time anyway.

He has to make the play, Sergio is allergic to the concept of making the pass that leads to the pass that gets a score. he’s got to do it on his own.

That said, he’s fast with the ball, and has good court vision. He’s always trying to make a play for someone else to his credit. Sergio’s shooting numbers are better this year, but you wouldn’t know it from watching the games. Rarely does he take a shot that you’re not cringing at the time.

Given 15 minutes a night, he’s money in the bank for two pretty plays that lead to baskets and one "that might have been the worst decision I’ve ever seen on a basketball court" play.

Sergio will RAGE in your offense. He is NOT a good defender, but he will absolutely jump start your offense and get you back up to the terrific pace you have played at in the past, and Dantoni had with Nash. He was very effective on the Kings when he played, it is just that it was difficult to mesh him with our other pieces – especially when we are so young that his style can bring out bad habits. In your style I think he will be your starter within about five games. He might not be your starter long-term, but I think he will fit in quite nicely on your team.

His ability to hit players takes time for teammates to get used to and begin to prepared for or expect. When he is clicking with his teammates he can have a zero turnover game, but often with the Kings the slow grind of the offense up until he comes in has led to players being completely out of sync with his style of play.

He has the ability to bring dynamic energy to the game and matched up with running players who are good away from the ball will lead to a fast paced and explosive scoring team. Just perfect for Dantoni. I mean it. He has been a huge change of pace for the Kings and his passing has been phenomenal.

He is young and still developing as a talent. He has room to grow and mature into a great PG. His turnovers and decision-making will improve as he is set up to succeed within a team that plays a style that matches his game. Knicks are perfect for him.

Very exciting and fun player. If you aren’t trying to win a lot of games, he’s fun to watch.

He is not a good defender and won’t likely ever be one. He can get steals from his gambling nature.

He has AMAZING court vision. But he also pounds the ball into the ground for 20 seconds before deciding what to do. No one else will touch the ball much unless they are shooting it or finishing a pass he set up. He really dominates the ball in a way that is unhealthy for a PG who will always be playing with other guards who are better than him.

Not a good shooter, but Duhon has been awful this year so he might even be an improvement.

Playing up tempo should work well for him, and he will AT THE VERY LEAST give you some very fun plays. He’ll also find your shooters on the perimeter nicely. He racks up the assists.

Have fun with him, take him for what he is, and don’t get too attached. He captivates some people and makes them obsess over him. He’s a fun guard, but not really a player who plays a winning style.

Take these to heart, and check out what everybody else had to say in the thread I started at Sactown Royalty. This guy might very well be your starting point guard, soon, so it's worth preparing yourself. To me, this is an underrated component of the three-way deal that has me pretty excited. This could be Sergio's first chance to get starter's minutes for a prolonged stretch, and anything can happen.

Also, "S-Rod" is a totally unacceptable nickname, and I think we can do better than "Spanish Chocolate".