Get to Know a Knick: Bill Walker

Share All sharing options for: Get to Know a Knick: Bill Walker 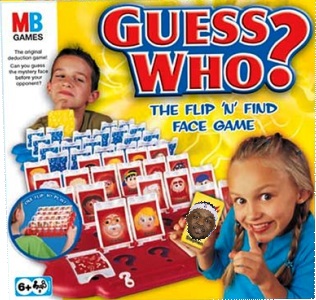 As with Sergio Rodriguez, you might not be totally familiar with Bill Walker's game. In advance of tonight's game, when Walker might very well get some minutes, I figured I'd survey some of the internet's most devoted Celtics fans for their impressions of Walker, who I hadn't really seen play since he was Michael Beasley's wingman at Kansas State (School motto: Don't use the towels!).

The response at Celtics Blog wasn't exactly glowing, mostly because Doc Rivers was hard-pressed to find minutes for Walker and fellow fresh Knick J.R. Giddens (who, incidentally, had arthroscopic surgery on his knee a couple weeks ago and probably won't be playing basketball very soon. I didn't realize that until Tommy mentioned it). Anyway, there understandably wasn't as much of a turnout, but here's some of what the Celtics Blog community had to say, after the jump:

Walker has great athleticism, but never showed he could shoot well enough to keep opponents honest. He also didn’t seem to know where to be on either offence or defence. Giddens has a great wing-span, but also didn’t seem to be able to shoot and played with no self-belief. I actually think Giddens could last longer because I could see some defensive potential in that long frame, but he has to be able to hit the open jumper as well or he’s too much of a liability offensively.

Walker has some great athleticism. Whether he ever capitalizes on it is anyone's guess. But you’re basically guaranteed one highlight dunk if you give him any reasonable amount of time.

Walker has enough potential to mature into a decent rotational player. He’s wickedly immature, and should have stayed in school, but he’s got athletic ability and some degree of basketball intelligence. He could be an 9th or 10th man off the bench some day.

Bill Walker- He’s probably the more talented one. He can get to the basket and he is developing a decent jumper. He is a hard nosed defender and won’t back down from stars.

Billy has the potential to be an explosive role guy, he can play the 3 and run the break, and finish STRONG. His shooting supposedly improved but we wouldn’t know because he hasn’t played. I loved him in college and i hope you guys enjoy him…

Walker is slightly better offensively, but is not a great jumpshooter. He is good at driving in though – for him, confidence is not a problem. He has had incidents when he’s stood up to/not backed down from T-Mac (on youtube) and LBJ (I think). Tries on the defensive end, but not very good.

I think the main problem with both players is basketball IQ. They have some skills, as evidenced by their ownage in the D-league. Giddens’ IQ is better, but he also has a lack of confidence on the big stage. In the D-league, Giddens was playing 20-5-5 ball and his team won the trophy (he was in the running for both league and finals MVP)

I don’t know if you’ll find any use for them at the Knicks. They don’t gun, but they do run. In all likelihood, they will get more playing time than they did here, and that coupled with a change of scenery may help one or both breakout as NBA players.

We'll have our own impressions in no time. Many thanks to the folks at Celtics Blog.