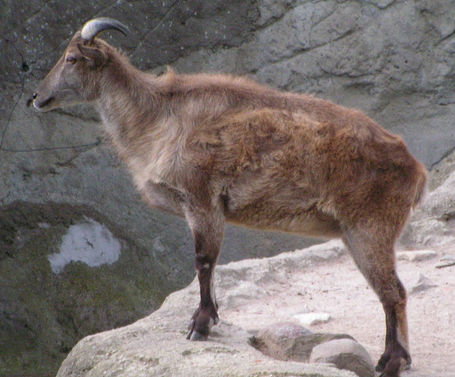 I know, right? It's been awhile since I posted some mammalian links. The main reason for the dearth of mammals is that I realized that much of my photo usage wasn't- how do you say- legal, and finding nice mammal photos that aren't under heavy copyright is a pain in the ass. I tend to avoid asspain, so here we are. If you are/know a talented wildlife photographer who has an inexplicable desire to share their work with basketball fans, get at me.

Anyway, I've got a handful of links to share and don't want to litter the front page with Fanposts, so I endured some asspain to bring you the best of the interwebs today. Check 'em out:

- The Knicks have an open roster spot and a serious lack of height, but Mike D'Antoni insists that New York has no intention of plumbing the D-League for talented big men. As someone who loves the D-League and untapped talent, this disappoints me, but we all know that D'Antoni prefers a short rotation. After watching the likes of Courtney Sims and Chris Hunter come and go with hardly any court time between them, it's probably better this way.

Warning that throwing money at the biggest names doesn’t necessarily beget harmony was Bill Bradley, who said: "There’s always the illusion that one more player actually will make it all work." On the subject of adding not just one player, but two, Reed said that while he understands Walsh’s approach in the era of free agency, he is hoping that Lee will remain.

"I enjoy watching him play because he’s what I call a 100 percenter," Reed said. "David may not be having a good night but it won’t be because he’s not putting out and those are the guys the fans can relate to, the guys that bring teams together."

-Up close and in full effect, the Knicks City Dancers are pretty intimidating. JR Jackson is a brave man.

- Marc Berman, like many of us, sees promise in the newly-acquired Bill Walker. Retaining Walker might be a cheap way to bolster the backcourt next season, so keep an eye on what he shows in what might be his first serious NBA minutes.

- On that note, can we call Bill Walker "Towelie"?

- Tommy Dee chats with the chap who created the Knicks vs. Reggie Miller documentary, Winning Time. (Media player is on the right).

There you have it. Have a delightful evening, and save room for dessert.