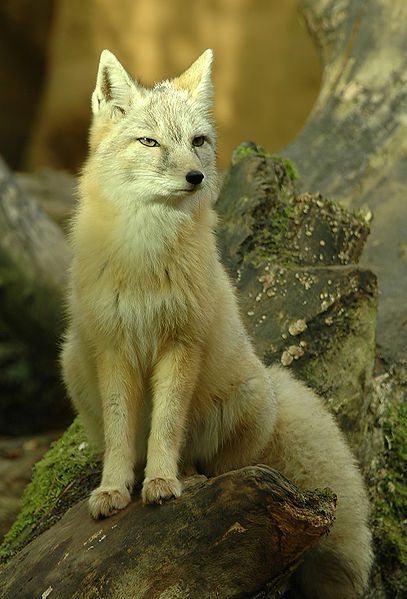 Morning, babychilds. With NBA basketball drawing to a close tonight and the draft one week away, let's take a quick stroll around the internet.

- Corsac foxes don't dig their own burrows. They hijack burrows dug by other animals. They're like the demon-coach of the animal kingdom.

- This is the most in-depth look at James Dolan's career as a blues musician that I've ever read. A sample:

Not surprisingly, he sings a lot about being wronged. The Daily News, the tabloid he has tangled with most, took a drubbing in "Daily News Blues." So did Eliot Spitzer, the former governor, whom he wrote was caught "sinning like the sinners" in the unsubtly titled "Fall From Grace." Even animals can’t escape Mr. Dolan’s fury. In 2005, he recorded "Gonna Kill That Dog," a jazzy ditty about an annoying hound that won’t quit barking.

"With my music there is no doubt who sang it and who wrote it," he said. "It’s personal."

- MSG's Jon Rothstein spoke to Bill Self about Iowa State's Craig Brackins, who keeps coming up as a favorite of Donnie Walsh and the Knicks.

- In the bowels of this interesting Alan Hahn post about Eddy Curry (Subscription needed, I know. I'm sorry.), one can find this bit about Bill Walker:

One player who showed up about a week ago is Bill Walker, who has apparently already dropped about 10 pounds. The Knicks want him around 220 and word is Walker was playing at about 240 during the season.

- The "Sprite Slam Dunk Showdown" is making its way to New York again in a few days. The event is this Saturday at South Street Seaport, and Daryl Dawkins will be there. Here's some stuff from the final event last year to give you a sense of the competition.

- An interesting take (with room for fan input) on how the Madison Square Garden experience stacks up against other arenas.

- Tommy Dee makes the case that, should the Knicks go big in this year's draft, nobody's going to have the patience for a project. Given the way people received Jordan Hill last year, I can't help but agree. The Knicks roster is too thin to draft somebody who can't contribute this season.

- Have you been dying to watch the Knicks' win against the Hawks from March of 1998? Well, your journey starts here. Anthony Bowie, y'all. The game has a strange, anticlimactic ending. I really don't know why it's on Youtube, but it's pretty fun to watch.

Have excellent days, you little waifs.