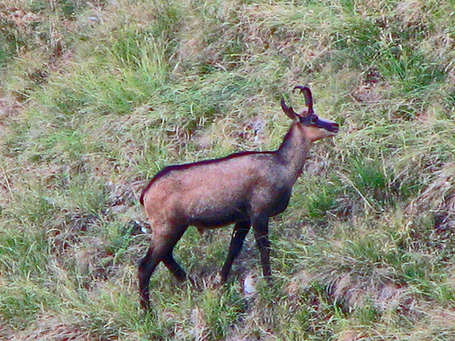 Morning, monsters. I've got a list full of links I'd like to share with y'all, so I figure now is as good a time as any to bring back the mammalian links. There are more than usual, so we're gonna need a jump for this one. Here we go, yo:

- For those of you who, like me, did not hear David Lee's agent, Mark Bartelstein interviewed on "Mac and Tierney", Brandon Tierney shares some of the highlights. Here's an example:

On possibility of a sign/trade:

"There are a number of scenarios where I think a sign-and-trade could work, but I think it’s going to be a timing issue more than anything else," he said.  He also acknowledged that such a scenario is difficult as it involves "at least three different parties."

If you were paying attention last summer, you'll remember that Bartelstein's an especially dogged champion of his free agent client. Expect to hear a lot from him. (For more from Tierney on Lee, check this out.)

- Via BigC, here's where you can find post-workout interviews with a number of the guys that visited with the Knicks. Here's one I found particularly interesting:

- From the end of this Alan Hahn post we learn that 1. Jonathan Bender isn't ready to call it quits and 2. Alabama's Mikhail Torrance didn't make it to his workout last week, but the team will get a look at him when he visits the Nets.

- If you'd like to run into Mike D'Antoni and/or Charles Oakley eating a bunch of delicious pasta, this might be the place. If you wouldn't like to do that, I don't know what's wrong with you.

- I really had no idea that the number 613 (Red Holzman's career win total) had any significance in Judaism. Shame one me, I suppose. That's a lot of mitzvot, y'all. Anyway, it's a pretty cool coincidence. Like a mash-up of the Torah and LOST. Actually, nevermind.

That's it for now, friends. Have excellent days and remember to measure twice and cut once.