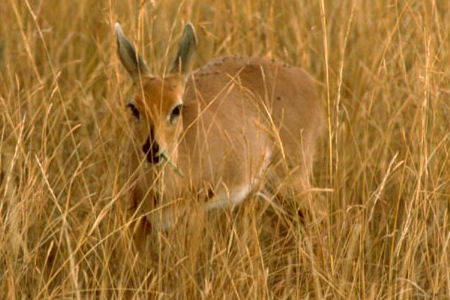 Good evening, children. (I woke up pretty recently, but sources tell me it's almost 5 PM back east). The Knicks have a day off from Summer League action today, so let's fill the time with a trip around the web. I now present to you...LOS LINKS!

- Timofey Mozgov, satisfied with the "Welcome to the Knicks!" I issued him yesterday, is on his way back to the Motherland (presumably by submarine). Alan Hahn twat that Mozgov's commitment to the Russian national team is what's sending him back, so I guess Tim won't be practicing with his new team until training camp.

- In the latest expired-Knick-heads-elsewhere news, Al Harrington is fielding offers from the Mavericks, among other teams. The Nuggets are reportedly also interested. Best of luck to Albert, but I don't think many of us hoped nor expected to see him back in orange-and-blue.

- Today's mammal of choice is obviously an ode to the newly Knick-knighted (Knickted? Knickighted?) Ronny Turiaf, who said the following about his international match-up with Timofey Mozgov:

Turiaf won the battle and the war, with 18 points and 14 rebounds to Mozgov's eight and five in France's 69-64 victory. But Mozgov did block five shots, and made Turiaf do plenty of work.

"I was kinda tired," Turiaf said Monday as he was introduced at the Knicks' training facility in Greenburgh. "But I can be a little antelope when I want to."

- Meanwhile, Turiaf paid his first visit to the Rucker yesterday ($). Something tells me Ronny's streetball alias would not be "Li'l Antelope".

- In case anyone was wondering, Donnie Walsh is not and will not be in Las Vegas this week. The man deserves some rest.

- Finally, this stat-friendly (and Chris Taft-friendly!) retrospective on David Lee from Knickerblogger makes a swell companion to Gian's excellent farewell from earlier in the week.

That's all for now, my sweet little donut holes. I'm currently watching the Bulls and Nuggets face off in Vegas, and will be talking to whoever I can and updating on the P&Twitter throughout the day. In the next few days, I'm hoping to get some more thoughts on Landry Fields from players, coaches, and Landry himself in preparation for a post on the Knick rookie.