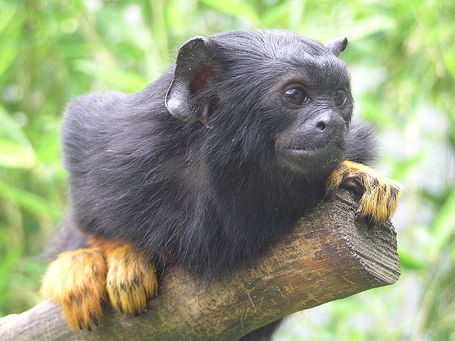 Good afternoon, kookaburras. The Knicks just finished their last training camp practice and will board a plane to the vast frontier of Europa soon enough. Meanwhile, let's link!

- Marc Berman takes another look at the draft day decision that netted the Knicks Danilo Gallinari instead of Anthony Randolph and examines Randolph's development and crucial role on this roster. Some lines from Anthony:

"I want to be an all-around player, and be able to knock down the open 3 if I got it, which would complement my drives," Randolph said.

Though Randolph is not scrimmaging with the starting five, D'Antoni envisions him paired often with Amar'e Stoudemire -- at either the 3 and 4, or 4 and 5.

"[Amar'e] commands so much attention, that will help me get 6 to 8 more points simply playing alongside him," Randolph said.

- The eminent Harvey Araton on Danilo Gallinari, Milan, and a former Knick with a similar name.

- Brian Cronin's "Unsung History" time machine turns the clock back to 1974, when the Knicks were working hard to lure a dominant 6'8", 235 lb. forward away from his hometown team. Ring any bells?

- The Knicks are...watchable!!!! If you read one thing about the NBA everyday, it should probably be The Works.

- Via ESPN, tickets for the Knicks' open practice on October 10th are now for sale.

That's all for now, you cheeky little babies. I'm still accepting donations of airfare and/or accommodations in Milan if anybody's offering.