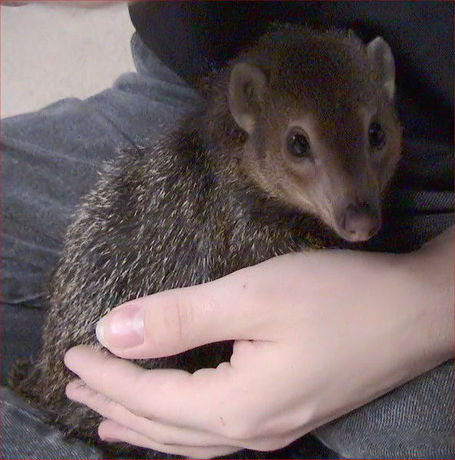 Good afternoon, my little foundlings. My apologies for things being a bit quiet here as the Knicks count down to training camp and I settle back into school. Let's get back into the swing of things with a few links, shall we?

- He may or may not be ready for training camp, but there's word now that Kelenna Azubuike could be healthy for the Knicks' season opener. How his availability at camp affects his actual role on opening night remains to be seen. All I hope is that they don't rush the guy. For whatever reason, I'm increasingly convinced that Azubuike could have a really crucial role on the team this season.

I see a player who may lack consistency, but has the ability to be a heavy rotation minute player. For some reason I keep thinking his ceiling is that of Gerald Wilkins, even though he seems to have a more natural shooting stroke. But, again, maybe it was a mirage.Wilkins was a very strong 2/3 who had to play the shooting guard position. To me, he was a classic tweener who struggled when the court shrunk. An effective player in the regular season on a mid-to-late seed in the conference.

Wilkins was a great young athlete with a flashy name and game, but as he matured his game didn’t in terms of shot selection. Wilkins was a fan favorite and played hard on both ends,  but wasn’t a starting 2 on a championship level team. At least not in Pat Riley’s eyes. For those who recall Wilkins, could you imagine him in a league or system with space to get to the rim?

- HoopsHype interviews Timofey Mozgov, who has a goal of averaging double-digit minutes this season.

- Speaking of which, you can catch Timofey and his band of Bolsheviks (note: We can neither confirm nor deny that any members of the Russian national basketball team are, in fact, Bolsheviks) against the US team tomorrow. A few of you have mentioned that tomorrow's game should serve as a useful indicator of how Timofey hangs against NBA big men (it'd be better if the US team had a real center, but still...)

- We might see Amar'e Stoudemire on the cover of Vogue someday soon. I don't know exactly what that entails, but there is some precedent for that. Hopefully it's more like that than this.

- Alan Hahn puts any notions of Earl Barron returning to bed and tucks them in tight.

That's it for now, friends. I promise that things will be picking up around here in the near future.