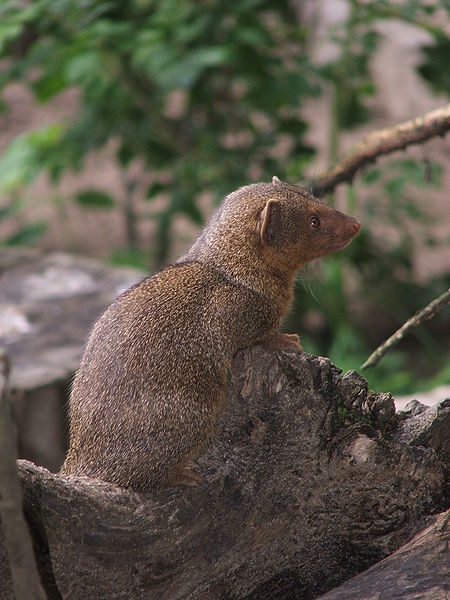 Good afternoon, mongeese. The road-weary Knicks return to New York this evening to face the road-awful Wizards. In the meantime, let's lick some links.

- The Knicks, I'm happy to hear, are not panicking. Or at least they're not admitting to panicking:

- I know I linked it before, but this piece by my bro Rohan (brohan) is seriously splendid. As a D'Antoni-era Knicks fan, it's in your best interest to know about different metrics for speediness.

- TD makes a good point: now that the Jets are done playing sports for a little while (sorry, Jets fans), the Knicks are really the biggest show in town. The upcoming stretch could be big for picking up casual fans around New York.

- Mike Kurylo sets Mark Jackson straight. Somebody had to.

- Knicks Now occasionally sums up the best and most recent things that the Knicks hath twat. I particularly like this one because Landry Fields talks about pants and Allan Houston references Andre 3000.

- Dogburt from Welcome to Loud City passed along these 3 things he learned about our Knicks after the game in OKC. Check 'em out:

1. Raymond Felton needs another player to pass to. I like the one-two punch offense Felton has provided along side Amar'e Stoudemire, which has led them to average over 43 points per game together (the Thunder duo of Kevin Durant and Russell Westbrook is first at just under 50 per). Felton definitely did some damage to the Thunder's perimeter defense. However, just like the Thunder have struggled with the dynamic of having their point guard be their second scoring option, we saw the same problem with Felton. At the end of the day, if your point guard is your second scoring option, that means players three, four, and five are going to be afterthoughts. It is a difficult sacrifice, because sometimes you need your best player or second best player to be looking for his offense. However, over the long term it looks like Felton is going to need that #2 scoring option to step up and take that responsibility from him. Wilson Chandler looks like he could be that guy; if he is, then Felton has to want him to become that #2 scorer. Otherwise, the back and forth imbalance of having your point guard be your main scorer at the cost of everyone else will continue.

2. Stoudemire is a regular season MVP; he will shine in the playoffs. We've been able to see a healthy body of work by Stoudemire in the playoffs during his time with the Suns. While his defense and rebounding were always hit or miss, one thing that could be counted on was his raising his game to meet the best forwards head-on. Although the Suns typically found themselves on the short end of the stick against the Spurs, Lakers, and Mavericks, it was seldom due to Stoudemire not showing up with his offensive repertoire. He was always competitive and sometimes dominant against the likes of Tim Duncan, Pau Gasol, and Dirk Nowitzki. He seemed to crave the attention of going against the league's best forwards. Now that he's in the Eastern Conference and has no apparent rival? Look out. That said, as we saw against the Thunder in their second game, if there isn't somebody hitting shots on the outside, the defense can collapse around him and force him to his least effective offensive talent, passing out of the post.

3. The playoffs are all about match-ups. With the Knicks still struggling, are we looking ahead too far? We don't think so. True, we still have half a season to go, but if things stay true to form, the Knicks are probably looking at a six seed. Boston will probably finish first, and the two and three seeds will likely go to Miami and Chicago in some order. After watching the Knicks play, I don't think they will be able to match up well against Chicago, because the Bulls' interior defense of Noah and Boozer will be a little bit too much for the Knicks. But Miami? That match-up is an interesting proposition. Granted, the Knicks don't have anyone to stay with LeBron, but on the other side of the ball the Heat don't have anyone to stay with Stoudemire. The Knicks haven't fared well so far against the Heat, but with their ability to run the court, I could definitely see the Knicks surprising the Heat if they were to encounter them in the playoffs.

- Did the Thunder game really "hurt the most" of the six losses? The Durant shot was a dagger, but dropping games to the Kings and Suns stung me a bit more. Thoughts?

Finish your days strong and I'll see y'all later for the game thread!