Share All sharing options for: Vince Carter likes to point

For someone who doesn't play point guard, Vince Carter sure is an avid pointer. Who can blame the man? Pointing is a staple in American culture. From Uncle Sam to Trey Kerby, pointing is an integral part of our society. It's a call to action. It provides direction. It starts memes. And it's a sign of affection. In fact, just last night I gave a work bro the double point as I walked to my car.

In the Suns' 121-96 blowout loss to the Knicks last night, Carter spent a lot of the third quarter pointing. Usually a player will point for props, but there aren't many to be given out in a blowout loss. And since Carter was on the losing side, he surely couldn't have been pointing at the scoreboard. So, what was he pointing at?

Landry Fields gets a free pass to the basket on this play as he beats Carter on a little give-and-go with Amar'e Stoudemire. 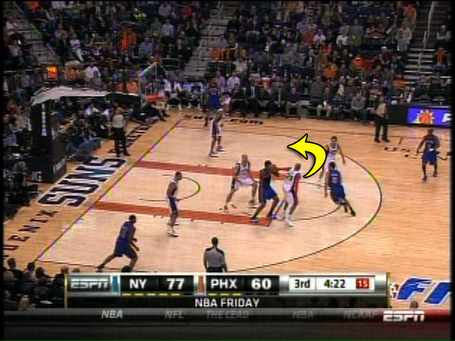 You see that Carter should have followed Fields around and defended the passing lane. 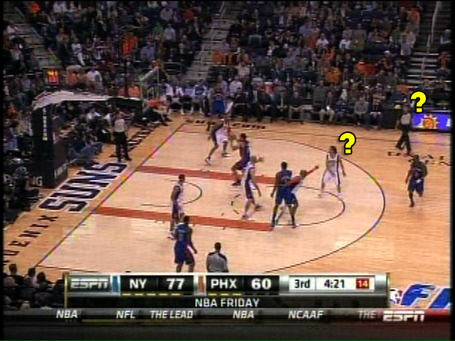 Instead he stays and points in the direction of two people. Is it Steve Nash, Vince? The ref?

The Knicks run the high Bread-N-Butter to close out the quarter and Ronny Turiaf gets a free layup, too. 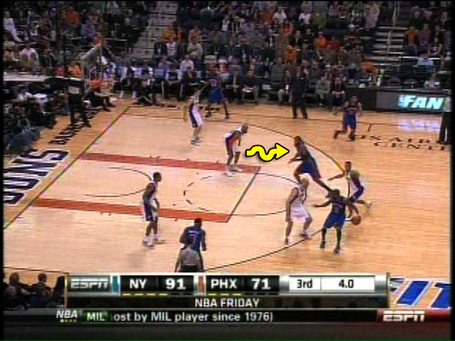 Vince Carter should've helped by rotating over to Turiaf. 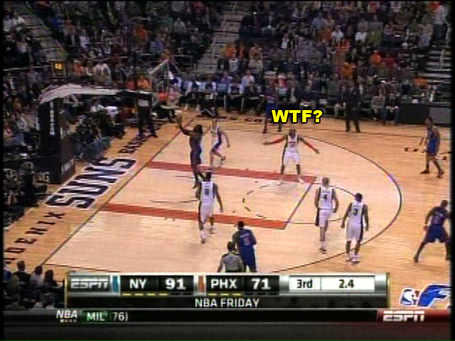 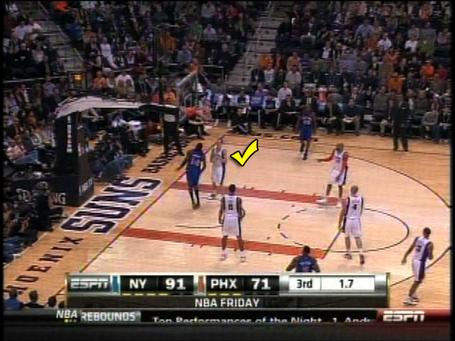 So he points at Goran Dragic.

The riddle that is Half Man, Half Alert: solved.