Share All sharing options for: Pre-Game Reconnaissance: Knicks at Nets- 2/12/11

Jump if you want to know things about the Nets.

- Per HoopData, the Nets run one of the league's worst offense, but have actually defended better than the Knicks have this season.

- The Nets have won 5 of their last 10, including two straight against the Hornets and Bobcats last night.

- Brook Lopez, who averages under 6 rebounds a game, pulled down 11 boards to go with his 31 points in that win over the 'Cats.

- The Knicks handled the Nets pretty easily when these teams last met. Lucious "Devin" Harris went down with a knee injury in the third quarter, and Amar'e Stoudemire's 35 points led the Knicks to an 111-100 win.

Wassup with the Nets!?

I didn't get a chance to communicate directly with the folks at Nets Daily, but here's what they say in today's game preview:

That said, the Nets have a lot to prove. Their chances of making the playoffs are close to nil while the Knicks remain solidly in the playoff hunt.  Also, the Nets were beaten soundly by the Knicks back in November. Amare Stoudemire scored 35 points and the Knicks broke open a close game right after New Jersey lost point guard Devin Harris to injury.  Brook Lopez, taking advantage of Timofey Mozgov's rawness, scored a season high 36.

#43 Kris Humphries: During training camp, Kris convinced his teammates to participate in "Ultimate Basketball", a game of his own invention. Instead of baskets, the baselines serve as "end zones" and you're not allowed to take more than one step after catching a pass. Everybody hated it.

#11 Brook Lopez: Brook would be one of the NBA's best rebounders if the league would just let him use his Spiderman web-shooters.

#22 Anthony Morrow: In public bathrooms, Anthony avoids the toilets and instead urinates into a sink. It's cool, though, because he can get it directly into the drain with zero splashing on the basin from up to 25 feet away. Somehow, this guy isn't in the three-point contest.

#21 Travis Outlaw: Ever since kindergarten, Travis has had an unusual obsession with lamination. Most NBA players manicure their hands very diligently, but only Travis laminates them before every game.

#20 Sasha Vujacic: Sasha often wonders why the hell anybody would want "Lectric Shave".

#18 Ben Uzoh- Ben's favorite anise-flavored liqueur is sambuca. Why do you ask?

A special vocal performance by the Holland Tunnel!

In celebration of tonight's Knicks-Nets match-up, we have a very special guest here to sing us a song. Ladies and gentleman...the Holland Tunnel!

Wilson Chandler: "Harold and Kumar Go to White Castle." You would.

Bill Walker: "Harold and Kumar Go to White Castle." I see how it is.

Danilo Gallinari: "Either The Cookout or Garden State." Okay...

Kelenna Azubuike: "The Land Before Time VI, without question." Wait, what? "Everybody knows Saurus Rock is in Toms River." Oh.

Hey Wilson, that rookie Favors has been pretty solid, eh? 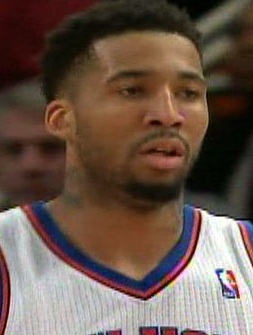 I don't even know why I bother. 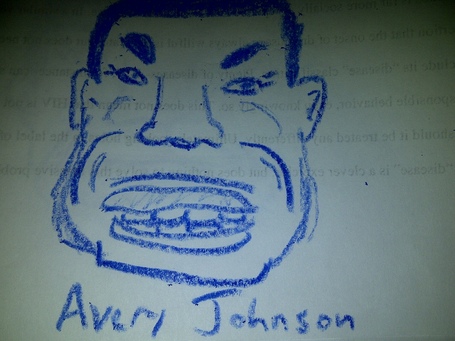 And now you know about the Nets.