Share All sharing options for: Pre-Game Reconnaissance: Knicks vs. Pacers- 3/13/11

- Per HoopData, the Pacers don't run an especially efficient offense, but are 11th in defensive efficiency.

- The Pacers are hanging on to the eighth seed in the East for dear life, but have lost six straight and eight of their last ten. They currently have the same 27-38 record as the 9th seed Bobcats, who play Toronto this afternoon.

- The Knicks have played Indiana just once this year. It was sloppy, ugly, and injury-filled, but the Knicks managed to survive and win.

Wassup with the Pacers!?

From Tom Lewis of the excellent Indy Cornrows:

The Pacers are doing everything in their power to cough up the 8th and final playoff spot in the East. After firing Jim O'Brien, it appeared that the Pacers had new life and would cruise to their first playoff appearance in five years.

But suddenly the Pacers are coming apart at the seams, not only losing their past six games but getting crushed in the process. The last two humiliating efforts came against Minnesota and Toronto to further highlight the magnitude of the problems. Roy Hibbert and Darren Collison are two young players that have reverted back to playing like rookies and can't seem to shake out of the funk that has killed the starting unit since Mike Dunleavy broke his thumb and took away a reliable offensive facilitator. Danny Granger continues to score but has appeared disinterested at time, obviously frustrated with the situation but unwilling to do anything constructive about it.

Tyler Hansbrough has been one of the few bright spots of late, scoring over 20 points in each of the last three games and earning a spot in the starting lineup. 20-year-old rookie Paul George also move into the starting lineup recently and is always fun to watch with his smooth game. Lance Stephenson showed his enormous talent potential with an opportunity to play recently but has been summoned back to the bench. Stephenson has rubbed several players the wrong way with comments during games. It should be interesting to see if his maturity level ever catches up to his game.

In summary, the Pacers are a mess and with two games against the Knicks followed by the Celtics and Bulls, they better figure out a way to pull out of this free fall or they will be fully embarrassed by week's end.

#10 Jeff Foster- Jeff owns a cashmere vest in every color in the 64-count Crayola crayon box. He counts "cerulean", "tickle me pink", and "macaroni and cheese" among his favorites.

#33 Danny Granger- Danny's lady friends must defeat him in a bout of epée fencing before gaining access to his bed chamber.

#44 Solomon Jones- Solomon desperately wishes his NBA uniform included more pockets for the various fishing hooks and lures he likes to keep on his person at all times, just in case he "spots a big one".

#32 Josh McRoberts- If Josh and either of his fellow Duke alums hit consecutive jumpers, Josh always asks for "balls back". Nobody has any idea what he's talking about.

#41 James Posey- All of the Pacers purchase the Blu-Ray editions of their favorite movies because they prefer the high-definition quality, but also because James likes the way DVDs taste and won't hesitate to forage through people's luggage to find them.

#6 Lance Stephenson- Lance would shoot well above 50% from the field if the league let him play the way he's most comfortable: with five Ring Pops on each hand.

If DUKE wins today's ACC championship game, Tyler Hansbrough will have to:

- Read aloud to Josh a chapter of his choosing from I Hope They Serve Beer In Hell.

If UNC wins today's ACC championship game, Josh McRoberts will have to:

- Awake Tyler from his pre-game nap by singing "Carry On Wayward Son" in a very gradual crescendo.

- "Spot" Tyler during his afternoon bellhop-press. (A pre-game tradition for all road games.)

- Tip the bellboy for his troubles. (in Dave & Buster's coupons, the way Tyler always does.)

Q: How many Indiana Pacers does it take to screw in a lightbulb?

A: Uh, well, probably all of them, because their inability to win basketball games suggests that they're not very dexterous. So, fifteen I guess. Actually, it probably wouldn't be a good idea to let the inactive guys participate and aggravate their injuries, so let's just say twelve. 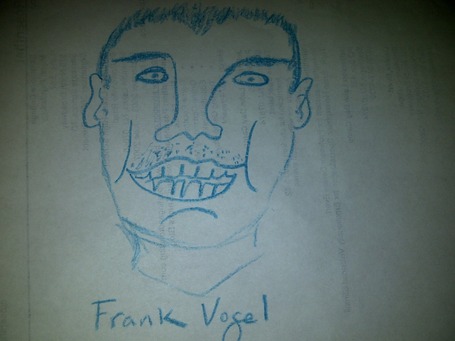 And now you know about the Pacers. Game thread coming later.