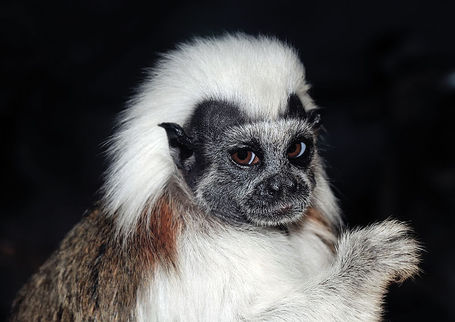 Good morning, stiffs. I'm headed out for the day, but I've got a few links to share before I depart.

- In German, the cottontop is called the "Lisztaffe" for obvious reasons.

- Alan Hahn's reflection on his days as a fan and his thoughts on the upcoming ticket price increase are well worth a read.

- Also from Newsday, a bit on the upcoming labor negotiations with regard to the NFL's parallel issues. Note that Roger Mason Jr. is vice president of the player's union.

One area of commonality between the Cavs and Pacers which has given the Knicks fits is the presence of jumpy, mobile, unorthodox and unpredictable power forwards in JJ Hickson and Tyler Hansborough.

he Knicks -- using a combination of Jeffries and Turiaf, or some schemes involving double teams and swarming the ball selectively -- can defend certain types of scoring power forwards with a more set offensive game reliant on isolations or pick and pop jumpers. But oddly, Hickson and Hansborough with the way they throw their body around in the lane and attack from the wing like small forwards from time to time (even if that also means they have some ugly possessions), have confounded the Knicks. Jeffries isn't strong enough, while Amare and Turiaf tend to pick up cheap fouls and then back off.

- A long interview with Chauncey Billups, who led his lady on a bit of a scavenger hunt before proposing to her.

- Our friend Dan Miranda from Knicks Vision has a new feature at TKB. Sorry he didn't get a better game with which to debut it.

- No official announcement yet, but there will be another P&T meet-up in a few weeks. As soon as we're totally confirmed, I'll let y'all know. April 8th is probably gonna be the date.

- Finally, a discussion question for the day: Last night's loss is worrisome, but I couldn't help but wonder if it actually affects my opinion of this team heading into the playoffs. I kind of don't worry about them getting up to play every night when it really, really counts. Losses against bad teams are troubling, but to what extent? Maybe I'm being naive.

That'll be it! Have pleasant days, all.