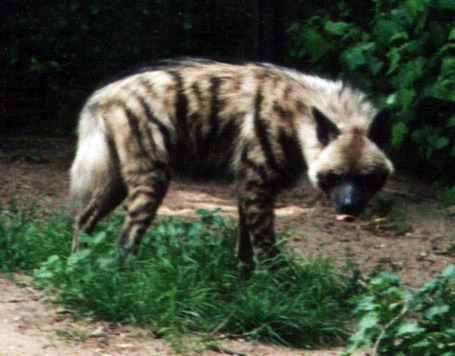 Good afternoon, gladiators. Perhaps because the Knicks have sucked recently, there are a pile of fresh articles documenting their play. Take the jump to peruse them.

- First and foremost, striped hyenas are creepy and incredibly interesting creatures, and they make an appearance in a book you may have heard about.

Alright, now the deluge of articles:

- Will Leitch on Melo's struggles. (Update: A response of sorts.)

- Rob Mahoney on the Knicks' struggles in transition.

- Sebastian Pruiti, also on the Knicks' struggles in transition.

- Much as I despise the idea, Harvey Araton's indisputable assertion that the Celtics have this "multiple stars" thing down pat. They're a good example.

- Over at the Three Second Violation, a reflection on LJ's four-point play. Probably the happiest link of the bunch (besides those biblical hyenas, of course.)

- Alan Hahn on the future of Chauncey Billups.

- BK on the struggles of Chauncey Billups.

- Donnie Walsh, being the fucking MAN, per usual.

- Of the utmost importance: RSVP FOR THE P&T GAME-VIEWING PARTY!

Happy clickin'! Have terrific afternoons and evenings, my children.