Share All sharing options for: Pre-Game Reconnaissance: Knicks vs. Magic- 3/23/11

- Per HoopData, the Magic are good at pretty much everything. They do commit a lot of turnovers, though.

- Orlando has won each of their last three games, including a victory over the championship-contending Cavs on Monday.

- For asbestos reasons, the Knicks have lost to Orlando just twice so far this season: Once long before the trade and once just after the trade.

Wassup with the Magic!?

From Evan Dunlap of the excellent, excellent Orlando Pinstriped Post:

J.J. Redick strained his lower abdominal in practice last week and has missed the Magic's last six games, which has had a trickle-down effect on the rest of the rotation. Jason Richardson, the starting shooting guard, is having to play more to compensate. He's at 38.2 minutes in the games Redick has missed, up from 34.6 overall as a Magic player this season. As Redick averages 25.6 minutes per game, other guys still have to soak those minutes. Chris Duhon is one beneficiary; Gilbert Arenas is playing more at the two with Redick out, making room for Duhon to back up Jameer Nelson for 17 minutes per game in Orlando's last five games. He has 9 points, 11 assists, and 8 turnovers in that stretch.

Also? Turnovers. The Magic just can't keep control of the ball, with 18-plus turnovers in four straight games, two shy of the franchise record. That's a problem that worries me against a team like New York. While it's true that not every turnover results in a fast-break opportunity--traveling, offensive fouls, passes airmailed out-of-bounds are all dead-ball situations--I don't think the Magic can afford to commit so many turnovers against a team with New York's athletes.

Quentin Richardson, Orlando's other former Knick, started the season as Orlando's top small forward, but he fell out of the rotation shortly before the major trade in December which brought Jason Richardson and Hedo Turkoglu to the Magic. Turkoglu and J. Rich are the team's best small forwards now, with J. Rich normally shifting from the two to the three during the late stages of the first quarter, when Redick ordinarily comes off the bench. Stan Van Gundy still calls on Q. occasionally for defense and energy--Q. and Earl Clark are the guys Stan relies on when the team looks flat--but it's hard to keep Q. on the floor, given how poorly he's played on offense (35 percent shooting, 28.9 percent on threes). I do expect Q. to get a crack at Carmelo Anthony tonight, though. His defense is a huge reason why the Magic managed to come back and beat the Knicks a few weeks ago.

In case you're wondering who backs up Dwight Howard now that Marcin Gortat is beasting the West for the Suns, it's Brandon Bass, the starting power forward. Ryan Anderson usually checks in for Bass in the first quarter, giving him a few minutes of rest before he subs back in at center for Howard's customary rest to begin the second quarter. If Van Gundy absolutely has to, he'll play Howard for entire second halves. Malik Allen serves as the emergency big man, but he's played in just 11 games this season. Bass and Anderson masquerade at center with Howard out.

#35 Malik Allen- Since Vince Carter, Rashard Lewis, and Marcin Gortat got traded, Malik has insisted that the Magic either buy him out or find somebody else to play Canasta with him.

#30 Brandon Bass- Amway Center officials are scrambling to refit all the doorways in the arena with two-way hinges, as Brandon's inexplicable habit of pulling "push" doors and pushing "pull" doors has already resulted in several thousand dollars' worth of damage.

#25 Chris Duhon- In anticipation of Chris's return to New York, a very thoughtful MSG staff person ordered a bushel of pickled geoducks to be added to the pre-game spread.

#14- Jameer Nelson- Jameer is the only player in NBA history to record a conventional three-point play with a full diaper.

#5 Quentin Richardson- During the Celtics' visit to New York, Paul Pierce specifically requested that he be given the same locker Quentin would be using in the following game. Quentin will wonder all evening why his belongings reek of ferret urine.

A Page from the Journal of Renaldo Balkman: Poet Laureate 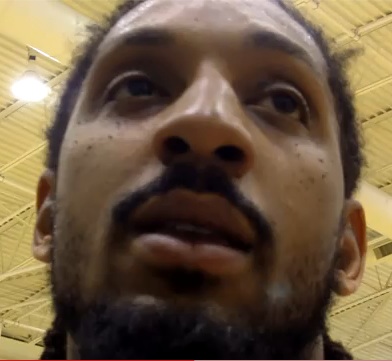 i was there before the beginning of time.

i am Ra, the sun god, Tecciztecatl the moon god.

i made the ocean that lies before you

your magic does not frighten me

for i was the original magic. 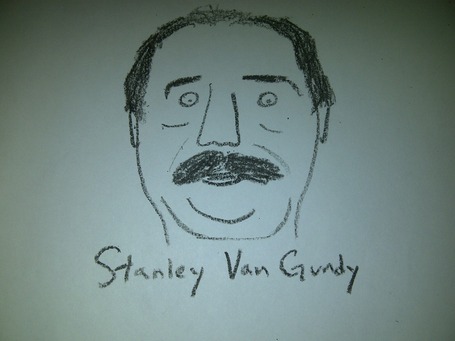 Now you know about the Magic.