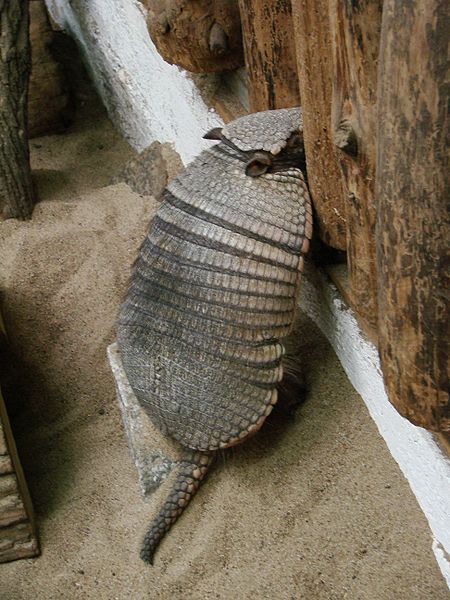 Good day, bosom buddies. If you've got working eyes, I've got links for them to ogle.

- Large hairy armadillos are...uh...pretty...ya know. This should probably be the nickname of an NBA player.

- Robert Silverman's ode to the departed Danilo Gallinari is the best thing you'll read today. I'm certain. Well, that is if you read it. You totally should.

- Jake Appleman's notes from last night's Knicks-Hornets game are the other best things you'll read today. I just love these.

- Sounds like the Knicks will have to prepare for Baron Davis when they face the Cavs tomorrow. Well, maybe not...but he will be playing.

- Here's Anthony Carter and his tribal tattoo in all of their glory standing in front of a green screen with some sort of artsy photo effect. This may or may not be the cover to Anthony's debut neofolk album.

- I participated in this, and it looks like I didn't do THAT badly. David Harrison didn't get suspended after the Palace brawl? Really? I'm pretty sure he punched me in the mouth.

- A nice, thorough look at what's working for these new Knicks five games in.

- Earl Monroe doesn't think the Knicks can win a championship this year. HATER. JK, y'all. LOL. :-p. It's a good interview.

- To the "Off Limits" section of this Knicks Vision post...word.