Share All sharing options for: Pre-Game Reconnaissance: Knicks vs. Cavaliers- 3/4/11

We've gotten to know the "Cavaliers" pretty well this season, but do you really KNOW them? Probably not. Take the jump.

- The Cavaliers have won 11 games this season. Two of those have been against the Knicks. Yuck.

- Antawn Jamison, who hit some big shots in these two teams' last meeting, is out for the next month or two with a finger injury.

- Baron Davis, meanwhile will be making his debut as a Cavalier this evening.

- The Cavs have held the Knicks to 40-ish percent shooting in each of their previous two match-ups. That should be avoided this time around.

Wassup with the Cavs!?

Well, as Fear the Sword tells it, they're learning to accommodate yet another injury to a key player:

The Cavaliers have dealt with injuries all season. They've done their best to cope with the extended absences of Anderson Varejao, Mo Williams, and Daniel Gibson. And now they'll do their best to live without Jamison. As usual, the Cleveland faithful are forced to search for the silver lining. Luckily for you, I have done the required heavy-lifting in this regard. While the veteran presence that Jamison provides on the court cannot be replicated, the injury gives the newcomers from the Boston Celtics a chance to immediately become acclimated with the team. For however long the Cavs are without Jamison, his 33 minutes per game will likely be spread among Erden, Harangody, and Samardo Samuels, providing the youngsters with the opportunity for even more on-court experience.

#9 Semih Erden- Semih misses playing with a championship contender, but he's also happy to be free of the pre-game ritual in which Kevin Garnett set fire to all of his belongings and repeatedly called him a "Turkey bitch" while strangling him.

#12 Joey Graham- Joey patterns his game after Big Slammu, the Street Shark. He still hasn't received a response from the league regarding his petition to be allowed to play games on a skateboard.

#5 Ryan Hollins- By night, Ryan sells human limbs illegally out the back of a Dodge Sprinter. He keeps the longest, most valuable ones for himself.

#18 Anthony Parker- It's hard to see on television, but Anthony plays most of each game with a booger dangling from his right nostril.

#3 Ramon Sessions- Ramon's forthcoming debut album features eight tracks of pan flute songs that he wrote and recorded. It's called-- you guessed it-- The Ramon Sessions.

All of the Cavs have body part nicknames! 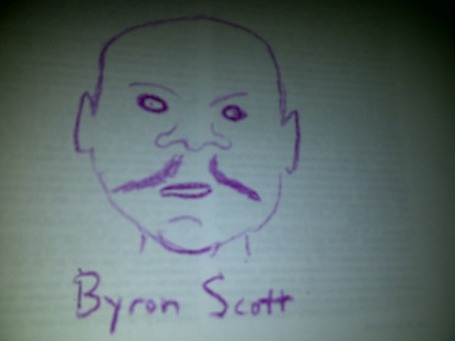 And now you know the Cavaliers. Game thread coming later.