Share All sharing options for: Pre-Game Reconnaissance: Knicks at Grizzlies- 3/9/11

- The Grizzlies and Knicks have yet meet this year, but if they had met, the Knicks would have won 109-100.

- Per HoopData, Memphis's excellent floor defense, particularly their backcourt, forces the highest opposing turnover rate in the NBA. Toney Douglas will start again, and he'll have to watch his ass. Amar'e and Melo, too, of course.

- I don't know if you guys have been reading these, but Brendan Brown writes some excellent scouting reports of the opposition over at MSG.com. He says the Grizz love to post up and scramble on defense. Composure is a must.

- The 36-29 Grizzlies have looked pretty sharp lately. They've won 3 of their last 4 and sit in the eighth seed in the Western Conference standings, and that's all without Rudy Gay.

Wassup with the Grizzlies!?

I wasn't able to get in touch with the guys at Straight Outta Vancouver, but here's a bit from their preview of tonight's game:

The key for the Grizzlies is to impose their tough defense on the wings, with Tony Allen and Shane Battier doing their best to limit Melo's open looks. Allen has been seeing high praise for his defensive play against Kevin Durant on Monday, and while Melo may get his 25 points, if it takes him 20-plus shot attempts to get to 25 points we should be in very good shape.

Another key to victory is our interior offense. Zach Randolph, Marc Gasol and Darrell Arthur will be key, offensively. The Knicks lack size and depth in the paint, and their deficiencies on the defensive side of the ball are well-documented. Kevin McHale voiced his concerns to the New York Times, saying, "My concern is will the New York Knicks be able to play the good defense they really need to in order to beat the top teams in the East."

Mike Conley is once again going to have to limit the play-making abilities of Douglas. On Monday the Knicks had a season-best 32 assists against the Jazz, without Billups, mind you. It's pretty clear that we no longer need to question whether or not this team has gelled or when they'll eventually mesh. They already have. Which means that Conley has to be on top of his game. Will Melo and Amar'e Stoudemire get their 60-combined points? Probably. But it's important that we don't allow players like Douglas or Shawne Williams or Landry Fields to get open looks. All eyes will be on Conley, once again.

Currently, we're in 8th place out West, a half game behind New Orleans for 7th and just 1.5 games behind the Nuggets for 5th. We need these wins. We need to be the Knicks, at home. Sure, I realize this isn't going to be an easy task. Yes, we're playing our best basketball of the season, but we need not forget that the Knicks are a playoff team, and despite the fact that they'll be without their starting point guard, we can't take them for granted.

#9 Tony Allen- Tony's reputation for dogged defense is due in large part to a chronic hallucination that other people's uvulae are giant pearls. Many an opposing small forward has learned the hard way that standing still for even a moment will invite Tony to reach his whole hand into one's mouth.

#31 Shane Battier- Now that he and Jason Williams are back in Memphis, they can finish the epic game of Jenga that they began in 2002. Each of Shane's moves is preceded by a four-week planning period in which he photographs the structure in different angles and light conditions, builds a to-scale plaster replica of it, and then consults with both architectural engineers and demolition experts to determine the safest and most effective block removal.

#33 Marc Gasol- Since they both became famous professional basketball players, Marc and his brother Pau have an agreement that Pau will never tell the media about Marc's denim fetish and Marc will never tell about Pau's childhood "bidet incident".

#22- Rudy Gay- The Memphis training staff quietly blames Rudy's slow recovery from a shoulder injury on his insistence on employing alternative medicines. Rudy self-treats his sore joints by rubbing them with ranch dressing.

#50 Zach Randolph- Though his bevy of post moves and deadliness from mid-range makes him a tough cover, opposing players quite enjoy guarding Zach because he smells like shea butter and will share his lozenges upon request.

You: hello
Stranger: hi
Stranger: how are you
You: i am well
Stranger: m here looking for sexy f
Stranger: are you??
You: i am a very tall and well-groomed iranian man
Your conversational partner has disconnected.

The National Civil Rights Museum: I loved this place. The exhibits about the Montgomery Bus Boycott and the March on Washington are really interesting and this kid in a stroller in the gift shop shared some of his Honey Nut Cheerios with me.

Dixon Gallery and Gardens: This place sucks. They wouldn't let me inside the galleries because I wasn't wearing shoes and then this lady yelled at me for taking three flowers and the flowers didn't even taste very good and I got really bad gas.

Graceland Mansion: Definitely check out this spot. I found a whole piece of gum under one of the chairs in Elvis's dining room that was only partially chewed and hadn't even lost its flavor. I think it was cherry or some sort of berry, or maybe pomegranate.

Memphis Zoo: I was having a lot of fun here because I met this orangutan who was really nice and let me have a few of his grapes, but then this guy in a khaki shirt made me leave. 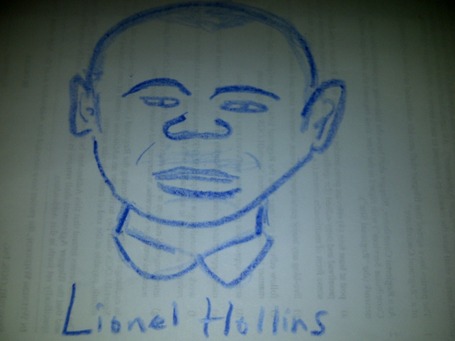 Now you know about the Grizzlies!