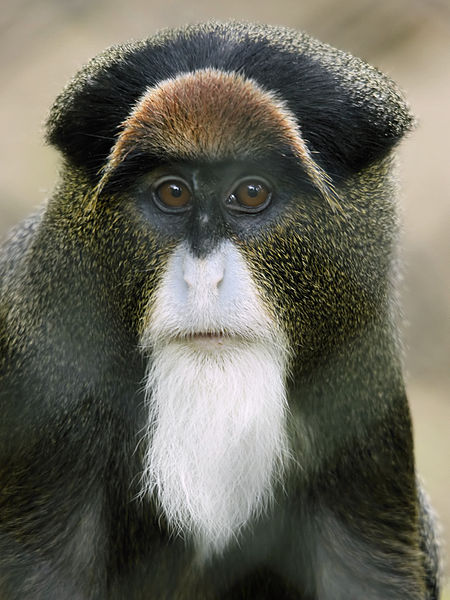 Good day, fools! The Knicks' sore legs (and, if I may, my own backwards sleep cycles) will get some relief today and tomorrow, but as my man Biggie once said, the links never rest.

- De Brazza's monkeys are, as you can see, really handsome creatures. They're guenons, which tend to be pretty cool-looking. Also, they're named after this bro.

- Via our friends at Knicks Vision, Carmelo Anthony's gonna be on SNL. What's up with that?

- Kelly Dwyer weighs in (I don't understand that phrase at all) on how all the "deadline dealt" players are faring in the Eastern Conference. Poor Jared Jeffries!

- A quick word from Newsday's Barbara Barker on Jerome Jordan, who is still very much on the radar, but obviously not for this season. Meanwhile, Ronny Turiaf is in America and should be ready to go soon.

- Chauncey Billups is providing leadership, and also feeling himself quite a bit.

- Remains to be seen whether or not this is an April Fool's Joke. Hilarious either way!

- Landry Fields, uh, weighs in on his own struggles of late:

"It’s been different. Just kind of different spots where I get the ball, different touches," Fields said after Wednesday’s game. "But it’s coming along so I’ll be alright."

That's all for now! Enjoy your days, besties.