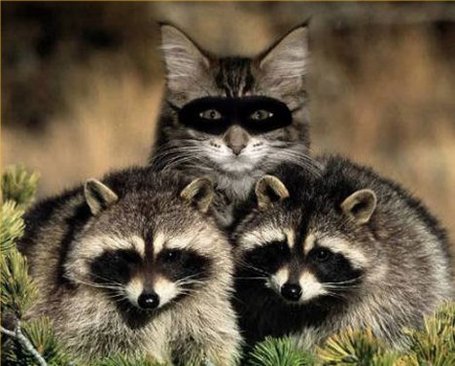 I'm no Seth Rosenthal, so I don't feel comfortable choosing another mammal to throw up (not vomit), but I will give you a mammalian impostor and a couple of game day lynx (anyone? anyone? this thing on?). Don't expect them to be as good, and prepare to feel dirty post-click.
That's all for now. Hey guys? Madison Square Garden playoff basketball happens tonight! More stuff later, probably, including the thread, recap, and probably involuntary urination on my part. See you then!