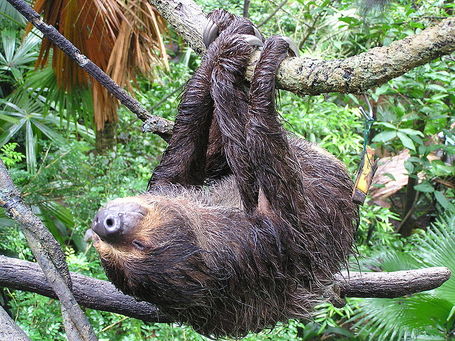 Good day, carpenters. Today is day one of the offseason, and most immediately, that bittersweet little section of the year in which there's basketball but the Knicks aren't included. That doesn't mean they won't be makin' links, though. Let's see what the sausage factory has to offer us today, shall we? Jump.

- SB Nation's hub pages feature some well-earned, but appropriately measured love and appreciation for Capt. Amar'e Stoudemire. However flawed, Stoudemire's first season in New York was, I thought, pretty convincing. I feel comfortable with my Knicks fandom in Amar'e's hands, and that wasn't necessarily a sure thing eight months ago.

- One of several immediate issues is the future of Chauncey Billups, whose whale of an option is up for opting on Friday. Billups has been intermittently solid in his healthy minutes as a Knick and, well, there aren't many good alternatives. Here's 14 million dollars, champ.

- A few Knicks had trouble sleeping in on their first day off.

- Besides brilliantly recapping yesterday's game and the series as a whole, BK delivers this rather resonant paragraph:

One thing to keep in mind. Look at the top 15 teams ranked by defensive efficiency over at Hoopdata. Every team has a player that protects the rim capably, and in the case of Miami and Philadelphia (where that's debatable), they have elite wing defenders. The Knicks have neither. Even in Phoenix when D'Antoni had a defense ranked around 13th to 15th, he had Shawn Marion and Raja Bell that guarded multiple positions well. D'Antoni has never had a strong interior defender in this three years in New York -- Turiaf is the closest, but he showed all season (and in this series) that he can't stay healthy. And his best wing defenders got traded to Denver for you-know-who.

- Via that post, a case for D'Antoni to stay from William C. Rhoden. Here's another from Zach Lowe.

- Crucial: Carles on the Knicks.:

Even though the Knicks flopped and are a mainstream mega-NBA brand, they also represent "the social buzz" element of buzz teams, which is a desire to "send good vibes" to a fallen franchise, or a market that has never experienced success.

Those are today's links. Enjoy the rest of your day!