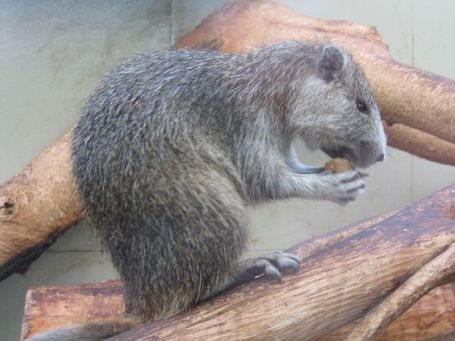 Good morrow, pre-teens. I hope each of you had a brilliant Memorial Day weekend. It's pretty quiet in the land of the Knicks, at least within our earshot. The Donnie Walsh negotiations are still shrouded in mystery and unresolved, draft workouts are humming along, and everybody's kind of watching and waiting for the Finals to end. Nonetheless, let's peruse a few worthwhile links over our burger-laden bellies.

- Alan Hahn's update on the Walsh situation is anchored by a single sentence from Donnie himself:

That's pretty much it. Both parties are really making a meal of these negotiations. It's alternately boring and worrying, I find. Borrying?

- Also via Hahn, Jerome Jordan, recovering from appendicitis of the appendix (by far the worst place to get appendicitis), will not make it stateside in time for a big group workout the Knicks have planned. That's not especially good news if we're hoping the tall friend might suit up next season. Then again, if it's really meant to be, they'll find another time to evaluate him.

- Some words on a pair of guard prospects with whom you might not be all that familiar.

- Since we are all collectively Shelden Williams's Jewish mother, we should be happy to see that he's eating quite well. He should be careful on that Tweeter thing, though. There are all sorts of creepy people on the web.

- Knickerblogger's Chauncey Billups report card is worth a read. Do you guys like racecars?

- Via our friend Ross, Thursday's workout seems like a big 'un.

That's all for now, guys! I'll see y'all later for the first game of the Finals. Wear a cool hat.